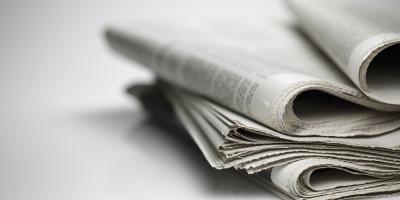 Minister of Communications, Stuart Young made the following statment in commemoration of World Press Freedom Day.

Today, on World Press Freedom Day, (May 3rd, 2019) in my capacity as Minister of Communications, and on my Government’s behalf, I wish to recognize and celebrate the importance of a free press in a democratic state, such as Trinidad and Tobago.

I join the rest of the global community in affirming the principles that freedom of the press and freedom of information are fundamental human rights which are also enshrined in the Constitution of Trinidad and Tobago and are critical to sustaining a healthy democracy.

I also take this opportunity to applaud the conscientious journalists and media personnel for the work they do at home, here in Trinidad and Tobago, and to applaud their counterparts around the world, who often times face death and injury as they seek to promote, protect and safeguard democratic principles.

According to a recent report from the Committee to Protect Journalists, some 54 journalists lost their lives in 2018, seeking  facts, uncovering truth and shining the spotlights on issues which some prefer to keep hidden and away from the people.

2018 has been labelled a brutal year for journalists.

We must stop and acknowledge their contributions. Many of us will recall the horrific killing of Saudi journalist Jamal Khashoggi who went to the Saudi Consulate in Istanbul and was never seen again.

It was only a few weeks ago, that a prominent young journalist was killed during a night of rioting in Londonderry in Northern Ireland in what the police have described as a "terrorist incident." Even here in our twin island state we have cowardly attacks on our media personnel especially on social media, and disturbingly, focused on some of our female journalists. I denounce this behaviour of attacks on our journalists and the cowards who do it. We must reflect on this as well.

The theme for this year is “Media for Democracy: Journalism and Elections in Times of Disinformation.” It is meant to highlight the current challenges faced by the media in elections, along with the media’s potential in supporting peace and reconciliation processes.

I believe this theme has great relevance to Trinidad and Tobago.
We all agree that in every democracy, there will be tensions between the media and various arms of the State. While this is understood, there must be balance, fairness, responsibility and tolerance on all sides. Abuse cannot be tolerated and accepted as a norm.
This day allows all of us to be introspective and to recommit to the ideal of freedom in an atmosphere of soberness.

I want to give the assurance that the Government of Trinidad and Tobago will always stand on the side of a free press, as we all seek to build a stronger and healthier nation.
I must caution however, that in this era of fake news, the role of the media in Trinidad and Tobago must become more critical, more probing, more discerning, so as to protect its integrity and the integrity of journalists, by fact-checking information.

Thanks to the advent and growth of social media, more of our citizenry are using this space to hold their leaders accountable, as they demand more transparency from all of us entrusted with the mantle of leadership.  But, with the good, comes the bad,
since we have also seen the dark side of social media, being used time and again to cause panic, spread fear, encourage illegal acts, destroy lives and create chaos, often in times of natural disasters.

This, we must all discourage.

This Government stands solidly at the side of a free and unfettered press, as we all strive to live in peace and harmony.