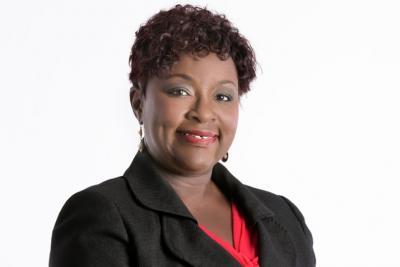 I welcome this opportunity to update you on the response of the Ministry of Social Development and Family Services in the wake of the Coronavirus pandemic. Ladies and gentlemen, notwithstanding the challenging economic situation in which we found ourselves as a government and a people, we have held steadfast to the promise to leave no one behind, ensuring that for the most part, families were protected and well cared for within this challenging time in our country’s history. This, I can assure you was not an empty promise.

As of today, the Ministry has expended close to two hundred and eighty four million dollars on a number of initiatives which have impacted the lives of more than 156,289 individuals and families, representing over 450,000 persons or approximately, one third of the national population over the last four months. There are two categories of persons who have benefitted from the Ministry’s intervention. Those who were already on our databases and in receipt of some form of government assistance and those who as a result of the COVID pandemic, found themselves unable to adequately provide for themselves and their families.

As at today’s date, I can assure the population that the Ministry has continued to provide support to more than 170,000 individuals, whose major and in some cases only source of sustenance, came in the form of Senior Citizens’ Pension, Public Assistance Grant, Disability Assistance Grant, Food Support and other support services. I am proud today to report that these grants were paid on time and in the correct amount. In a direct response to the COVID-19 pandemic, the Government of Trinidad and Tobago increased the value of the Food Support, Public Assistance Grant and the Disability Grant thereby putting more financial resources into the hands of the most vulnerable families in the country. For example, the Ministry provided a top-up to 25,101 existing beneficiaries of the food support programme at a cost of $17.1 million dollars. A top up was also provided to 17,834 existing Public Assistance beneficiaries at a cost of $11.4 million. Additionally, 24,627 existing persons with varying disabilities including 1,535 children, benefitted from additional financial assistance. The expenditure associated with this measure was $11,082,150.

With respect to those persons who were directly affected by the COVID19 pandemic and found themselves unable to adequately support themselves and their families, the government rolled out a suite of initiatives. These included 20,500 food cards which were delivered to all Members of Parliaments for distribution to families with a child or children registered with the School Feeding Programme of the Ministry of Education. That expenditure was $31.4 million dollars.

Two thousand, eight hundred and eighteen applicants of the Senior Citizens Pension (SCP) whose applications whose applications had not yet been processed, were provided with an interim relief of $1,500 per month for a period of three months, pending finalisation of their applications. That expenditure was $12.7 million dollars.

Four hundred and eighty-eight applicants of the Disability Assistance Grant whose applications had not yet been processed, were also provided with interim relief of $1,000 per month for a period of three months pending the finalisation of their applications. The expenditure associated with this measure was $1.5 million dollars.

The Ministry implemented an Emergency Hamper Distribution initiative in collaboration with the Disaster Management Unit of each of the fourteen Municipal Corporations across Trinidad. This was supported by a dedicated Call Centre at the Ministry. In this regard, 1,400 families benefitted from this initiative and the expenditure associated with this measure was $500,000 dollars.

By far, the most significant cost incurred by the government in this exercise has been in providing temporary income and food support to persons who were either retrenched, terminated or experienced reduced income. To date, the Ministry has provided support to 42,813 families. When this is disaggregated, 41,165 families received food support by this measure and 39,804 received income support. More than 38,000 families received both income support and food support. The total expenditure associated with these measures so far is $185 million dollars.

Ladies and gentlemen, recognizing that some citizens would have been unable to pay their rent as a result of their retrenchment, reduced working hours or reduced income, the government undertook to provide rental income assistance to those affected persons. To date ninety-five (95%) or 6,280 of the 6,806 applications for rental support have been processed. The Ministry has already called in over 3,072 landlords to receive their payments. The expenditure thus far is $8,732,800 Dollars.

As a means of ensuring that the nation’s farmers also received some benefits, the Ministry Recognizing the need to ensure food security, the Ministry collaborated with the Ministry of Agriculture, Lands and Fisheries to distribute hampers to 30,000 needy families. Recipients received a $500 valued hamper, which included a $250.00 supermarket voucher and a box of locally grown fresh fruit, vegetables and chicken. To date over 21,000 (21,704) families have received hampers to date and the expenditure to date is in the order of over $10 million dollars.

In its effort to ensure that no citizen or permanent resident or other persons were excluded from its safety net, the government went a step further and partnered with faith-based organisations, which were already engaged in similar exercises of providing hampers for distribution. The expenditure for this has been agreed in the amount of $30 million dollars. Thus far, we have expended $10 million dollars and eighty-five thousand families have already benefitted. We used the umbrella bodies of these religious organisations, and that was sixty-six umbrella bodies. We did find though that there were smaller organisations which were not captured by these umbrella bodies and those were in the order of eighty-three. As such, all these organisations have in fact benefitted from this grant.

Unfortunately, ladies and gentlemen, even as we report on the initiatives undertaken by the government, and the excellent responses that we have had from the hundreds of thousands who have benefitted in one way or another, we must also acknowledge the challenges that we have faced in delivery. It is often said that crises bring out the best and the worst of people; especially when there are human systems and human beings involved. There is always the possibility of some persons demonstrating what is less than authentic in themselves. To this end, we have found that there may have been over 3,000 persons who may have attempted to receive both the salary relief grant, which is through the Ministry of Finance (through the National Insurance Board), and the income support grant that was designed by the Ministry of Social Development and Family Services.

If in fact it has been found that these persons were trying to do what is double dipping, we are doing a verification exercise to ensure that there has been no such duplication and the persons have not in fact, been able to benefit from the income support grant and from the salary relief grant. We are in the process of making sure that this has not happened and will report on this following a complete investigation.

The second challenge is the failure of some applicants for the salary relief grant, for example, to properly complete the forms before submission. We have discovered that very often when a person takes to social media to complain their inability to receive their grants, the fault lays squarely on their shoulders. A perfect example can be found in the case of Mr. Sheldon Aberdeen who, in a social media post noted, and I quote, we complaining too much. It’s time for action. Anyone willing to protest, we sure to get what’s rightfully ours.

We saw this post via our Facebook page. In an attempt to deal with Mr Aberdeen’s application and to ensure that his application was properly dealt with, I asked the Ministry to investigate that matter. We subsequently found out that Mr Aberdeen’s application for the salary relief grant was one of those being queried. At the time of his submission, he did not submit a copy if his national identification card, nor did he submit documentary evidence of his household income. The Ministry has been attempting to contact Mr. Aberdeen since June but without success. Mr. Aberdeen, if you are listening, please contact the Ministry and give us the documents, so that you will not have to protest because it will be totally unfounded, as you have not submitted the required documents.

I want to take this opportunity therefore to urge citizens to be honest in their applications. You cannot receive grants for loss of salary or reduced income from both the National Insurance Board and the Ministry. That is dishonest and illegal. Additionally, if there are still persons filling out forms, please ensure that you supply all of the information that is required, so that the applications can be expedited. Failure to do so will result in the applications being rejected.

When I addressed you last, I made a call for unity, compassion and patience, as we went about the business of finding the most vulnerable in the country and providing them with assistance that was necessary, to aid them through this unprecedented period. As Minister of Social Development and Family Services, I want to express my own gratitude and that of the Government, for we have seen extensive evidence of the caring that still exists in our beloved country, irrespective of which side of the religious, political, cultural or even ethnic divide that you stand. In this situation, we have one common purpose, which is to ensure that no citizen goes to bed hungry, no child is deprived of a meal and that no parent is unable to put food on his or her table. We have as a country, consistently demonstrated our resilience as a people and this time is no different.

I therefore encourage citizens to continue to heed the urgings of the Minister of Health, the Ministry of Health and the Chief Medical Officer because together we aspire and I am certain that, together we will achieve.