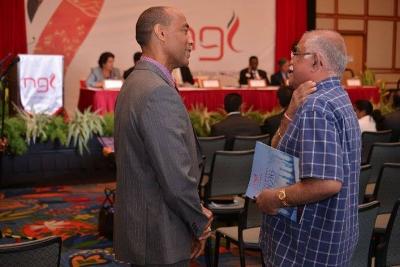 For the year ended 31 December, 2018, TTNGL recorded profit after tax of TT253.0 million. This represents an 8.2% improvement over full year 2017 in which TT$233.7 million was recorded. Earnings per share increased to $1.63, a 7.9% improvement over the 2017 figure of $1.51. These earnings were driven by the deliberate efforts of Phoenix Park Gas Processors Limited (PPGPL) to maintain and where possible enhance margins in an environment that remains challenged.

For 2018, the share of profit from TTNGL's investment in PPGPL improved by 12.0% to TT$242.6 million compared to TT$216.6 million in 2017, primarily as a result of increased revenue derived from enhanced Mont Belvieu product prices which were 27.9 % higher than 2017. The benefit of these price gains was maximized by ensuring sustained operating uptime of over 97% for the year.This is despite the lower natural gas supply to Point Lisas for processing, and the reduced Natural Gas Liquids (NGLs) content in the gas stream which tempered performance during the year.

PPGPL, the primary contributor to TTNGL’s improved performance, continued to streamline its cost structure while driving on-going cost management initiatives. The increased use of technology including an NGC Group wide e-Auction platform now forms part of an overarching procurement strategy which is expected to bolster performance in an environment of likely lower NGL prices. With the installation of its Condensate and Product Trading assets, PPGPL was able to diversify its income stream and enhance longterm investor value. It also became the LPG supplier to Trinidad and Tobago following the closure of the  Petrotrin refinery in November 2018. It has fulfilled this critical national role seamlessly and at short notice.

Based on the Company's results for the year ended 31 December, 2018, the Board of Directors is pleased to announce a final dividend of $1.00 per share. Cumulatively, shareholders will enjoy a total dividend of $1.50 per share for 2018. The total return on the share for 2018 is a very attractive 15.5%. TTNGL continues to be an extremely well managed public company which has satisfied all statutory and reporting obligations. The Board remains committed to and has met the highest standards of governance and accountability.