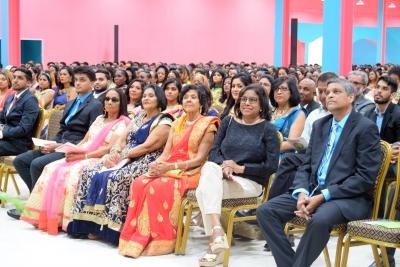 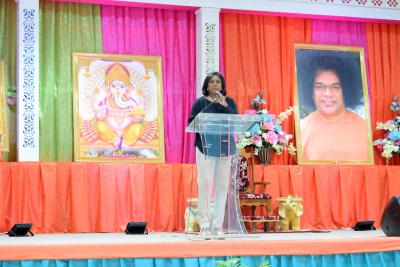 12th November 2019: Trade and Industry Minister Senator the Honourable Paula Gopee-Scoon announced that confidence in the local economy remains high with Trinidad and Tobago set to record TT $7.6 billion dollars in private sector investment for the period 2016-2021. Speaking at the 25th Thanksgiving Service of Pennywise Cosmetics in Chaguanas recently, the Trade Minister stated that, “data collected by the Ministry of Trade and Industry revealed that private sector investments projects, for the period 2016 to 2021, will total approximately TT$7.6 billion and create approximately 3,108 jobs.”

She added that it was gratifying to see the ongoing substantial investments in the country by the business community. The million dollar investment by a major retail company was indicative of numerous private sector projects taking place throughout Trinidad and Tobago.  The Trade Minister lauded the leadership of Pennywise Cosmetics Limited, from inception to the present, as well as the management and staff for successfully growing the Pennywise brand and continuing to contribute meaningfully to the country’s socio-economic development.

Honing in on the retail sector and its far reaching contribution to the economy Minister Gopee-Scoon reminded the gathering of loyal employees and specially invited guests that, “The retail industry plays a critical role in creating and maintaining stability in the economy. In the local context, there are over 8,000 retail establishments contributing approximately 10% of the country’s GDP, and together with the wholesale industry, employing approximately 18% of the total workforce.”

Also speaking at the event was Mr Dalvi Paladee, Chief Executive Officer of Pennywise Cosmetics Limited who advised that the continued expansion of the company, into pharmaceuticals and real estate - with the construction of its second shopping plaza, is part of the larger vision informed by the company’s founders Lall and Shanti Paladee.

Mayor of Chaguanas, His Worship Gopaul Boodan congratulated the management of Pennywise for their disciplined leadership and development. Pennywise Cosmetics and its staff, with their operations continued to be a beacon of light to the borough.

Pennywise Cosmetics controls over 65% of all personal care products and between 80-90% of the French Perfume market in Trinidad and Tobago. Its newest plaza in Chaguanas, at Narsaloo Ramaya Marg Road will open on November 18, 2019.