Tourism is on upward trend 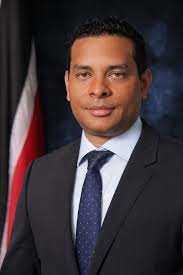 Minister Mitchell made the revelations during his contribution to the 2020 Budget Debate in the House of Representatives last Friday.

Minister Mitchell said the country recorded 267,656 stopover arrivals during the first eight months of this year, representing an increase of 2.5 percent over the corresponding period in 2018.

Giving a breakdown, Minister Mitchell said 252,088 of those visitors came to Trinidad, representing an increase of 1.8 percent and 15,568 visited Tobago, which was a 15.2 percent increase for the island. He thanked the Tobago House of Assembly and the Tobago Tourism Agency Ltd for their key roles in achieving that objective, adding that the recent introduction of Sunwing flights to the island also contributed significantly to the increase.

For the period January to July this year, there were increases in arrivals from core source markets: the United States six percent, Canada with five percent, South America 9.2 percent and 8.3 percent increase from Germany.

Minister Mitchell also revealed that there was a five percent increase in Carnival visitors this year, with 35,560 coming during the 19-day period prior to Carnival Monday.

He also revealed that there was a 12.6 percent increase in visitor spend for the period January to June 2019, when compared to the same period in 2018.  The average visitor expenditure was estimated to be TT$9,180.65 for an average stay of 14 days according to the CSO’s bi-monthly survey of Departing Visitors.

The Minister also disclosed that there was an increase in Carnival visitor spend this year, which amounted to approximately TT$400 million from the visitors surveyed over the ten days following  Carnival Tuesday.

For 2019, Minister Mitchell said hotels earned revenue of approximately TT$545 million from the rental of rooms, which represented an increase over the 2018 amount collected, which was TT$515 million.

Minister Mitchell said operations on Sea Bridge were normalised and he expects it to be more robust in the New Year when two new fast ferries are acquired in 2020. Minister Mitchell said from January to August of this year, and with the introduction of the leased fast ferry, Jean de La Valette, passengers using the sea bridge increased by 65 percent. A total of 360,724 passengers were transported between the two islands, representing 68 percent of the total seat capacity of 528,162.

Minister Mitchell said 695,000 passengers travelled via the Air Bridge during the first eight months of this year on over 11,000 flights between the islands. He said there was a seat capacity of 728,086 with an excess seat capacity of 11 per cent.

With respect to both the air and sea bridge, Minister Mitchell urged tourism stakeholders and operators, including hoteliers to “do all that they can to continue to market their domestic tourism product to the Trinidadian market to get them over.” He also encouraged them to “put forward their own marketing efforts to meet this excess capacity on the sea and air bridge.”

Minister Mitchell also said that an operator has been identified for the Magdalena Hotel in Tobago – Apple Leisure Group. He said Apple was selected because of the Group’s vertically integrated Value Chain.

Like Apple Leisure Group, Sunwing Travel Group Inc. is a vertically integrated company, which is in the process of taking over the management and rebranding of Turtle Beach Hotel.

He added that the Government now looks forward to increased airlift and marketing awareness of the island, which remains critical to stimulate demand.

The Ministry of Tourism will continue to play its role to develop and ensure that the tourism sector continues to be economically viable and contributes positively to this country’s GDP, economic growth, competitiveness and innovation.