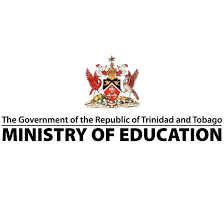 The TTHTI is a long-standing institution which provides for hospitality and tourism training, operated by the Trinidad Hotels, Restaurants and Tourism Association (THRTA) out of facilities owned by the Chaguaramas Development Authority (CDA). The GoRTT traditionally funded the TTHTI's Capital Development Budget and most of its Recurrent Budget by means of a subvention. The GoRTT also provided Government Assistance for Tuition Expenses (GATE) funding on an annual basis to the TTHTI.

The funding relationship and partnership as described above between the Government of Trinidad and Tobago and the THRTA stemmed from an IADB Project implemented in 1995, aimed at developing the hospitality and tourism industry in Trinidad and Tobago. A Memorandum of Understanding, which has since expired, existed between both parties; as well as a Management Contract which specifically provides that the THRTA “shall have overall governance and oversight of the Institute and shall be the
sole shareholder of the Institute”.

Between 2016 and 2018, the Ministry of Education made several efforts to meet with the TTHTI to discuss certain anomalies as well as non-compliance with the reporting requirements established by the Ministry of Finance. The TTHTI failed to account for several years of expenditure specifically related to its subventions- which were in the order millions of Trinidad and Tobago dollars per year. In keeping with the Constitution, (Section 66D) the Annual Administrative Reports in respect of the TTHTI remain outstanding from 2013/2014 onwards. Under these circumstances, the subventions made to the Institution ceased in 2016.

All efforts by the MOE to have this situation remedied have not been met with compliance.

Further, by letter dated October 11, 2018, the Funding and Grants Administration Division of the Ministry of Education, which is responsible for processing applications for GATE funding, was advised by the Accreditation Council of Trinidad and Tobago (ACTT) of the decision taken by the TTHTI to not pursue Continuing Institutional Accreditation with the ACTT, and to instead apply for Registration status. This had the effect of disqualifying enrolled students for GATE, which is only available for students at institutions accredited by the ACTT.

ACTT has advised that the TTHTI has not completed its registration process and is obliged to communicate any substantial change, such as permanent closure, to the ACTT. However, to date the ACTT has not received any formal communication from the TTHTI on its intention to cease operations. Concerns were also raised that the TTHTI has not submitted the required “Teach-Out” arrangement details that are usually made with a similar institution to ensure that registered students can be transferred in terms of their records, transcripts and documents, to ensure continuity.

The Ministry of Education wishes to assure that it is exploring all options to secure the availability of opportunities to seek advancement through training in Hospitality and Tourism to the public; and in addition, that the TTHTI fulfills its duty to the students affected by this decision.