Statement by the Hon. Colm Imbert , MP on Behalf of the Office of the Prime Minister on the Establishment of of an Independent Committee to Investigate the Cause of, and National Response to the Nationwide Power Outage on Wednesday February 16, 2022 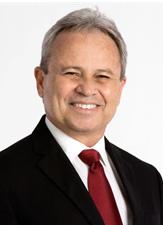 ON BEHALF OF THE OFFICE OF THE PRIME MINISTER

ON THE ESTABLISHMENT OF AN INDEPENDENT EXPERT COMMITTEE

TO INVESTIGATE THE CAUSE OF, AND NATIONAL RESPONSE TO,

I am authorised by the Cabinet to make this statement on behalf of the Office of the Prime Minister on the establishment of an independent expert committee to investigate the cause of, and national response to the nationwide power outage on Wednesday February 16, 2022.

Contrary to statements made in the public domain by persons who should know better, over the last twelve (12) years, there have been a number of major electricity power outages in Trinidad and Tobago.

We all remember only too vividly the nationwide power outage that occurred nine (9) years ago on the night of March 29, 2013, under a previous Government.

In that 2013 incident, since the main generating capacity is located in the deep south, it took up to eighteen (18) hours for electricity to be restored in several areas of the country, such as northwest Trinidad. That 2013 blackout and its aftermath attracted international attention and was widely featured in the foreign news media, including the Washington Post, New York Times, Tampa Tribune and Miami Herald.

But that 2013 outage was not the only one that occurred during that period.

In December 2012, a blackout along the entire north-west of Trinidad stumped Christmas shopping.

Wednesday’s nationwide outage resulted in loss of power to several areas in north Trinidad for up to twelve (12) hours, although several areas in the south got their supply back within five (5) hours. However, Tobago, which has its own supply, was not affected.

Notwithstanding the fact that there have been several major power outages in Trinidad before, the Government considers this week’s outage to be a very serious matter which requires immediate independent and expert investigation.

As a consequence, I wish to announce that the Office of the Prime Minister has appointed a three (3) man Specialist Team to thoroughly investigate and determine the causes of, and national response to, the nationwide electricity power outage that occurred on Wednesday February 16, 2022 and to make recommendations to prevent a recurrence of such an event.

The Team will be headed by retired Professor of Electrical Engineering, Chandrabhan Sharma, PhD.

The second member of the Team is Mr. Keith Sirju, a distinguished Structural Engineer and retired UWI Lecturer, with Master’s and Bachelor’s degrees in Civil Engineering and 50 years’ experience in engineering. He is also a former Chairman of TTEC.

The third member of the Team is acting Superintendent Allister Guevarro, a senior police officer, currently assigned to the Special Branch, with 25 years’ experience in policing. His mandate will be to examine all national security matters associated with, and arising from, the power outage.

The Team will be empowered to co-opt any other expertise and resources that it requires and is expected to report with one (1) month.