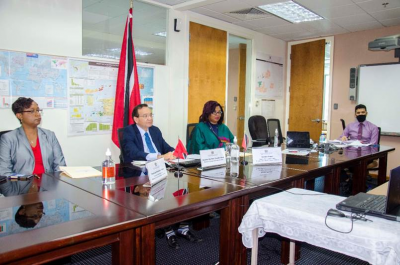 OPEC Member Countries and Non-OPEC Partners in the Declaration of Cooperation, and several other oil producing countries, deliberated on the current oil market developments, as well as evaluated further possible steps within the context of the historic agreement reached on the 10th Extraordinary OPEC and Non-OPEC Ministerial Meeting, held on 12 April 2020.

The delegation representing Trinidad and Tobago were: -

For more information, please contact Senior Communications Officer Choy Felix at cfelix@energy.gov.tt or via cell at 1-868-784-2469