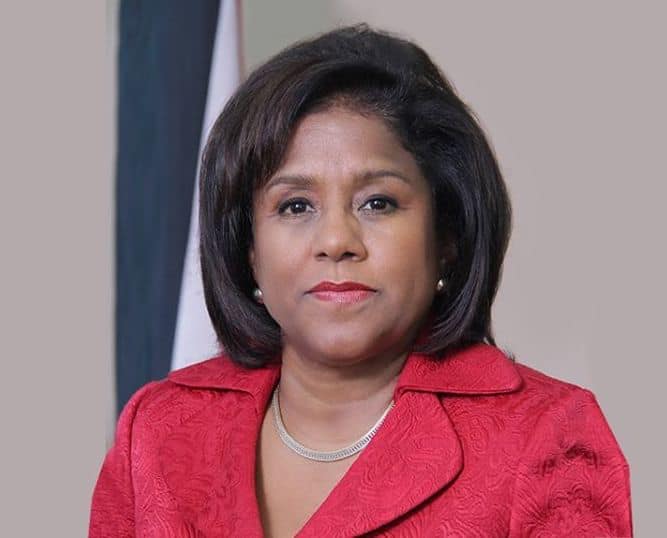 Senator the Honorable Paula Gopee-Scoon was appointed a Senator and Minister of Trade and Industry Enterprise Development on August 19, 2020.

Ms. Paula Gopee-Scoon returned to represent the constituents of Point Fortin, following the General Election of May 24, 2010. She was first elected in November of 2007, at which time she was appointed Minister of Foreign Affairs.

Ms. Gopee-Scoon is a graduate of the University of the West Indies, having obtained a B.Sc. in Public Administration and Law from that institution.  She went on to pursue her studies in Law at the University of London and possesses an LLB (Hons.) in Labour and Public International Law. In addition she obtained an MBA from Anglia Ruskin University in the area of Leadership, Entrepreneurship and Innovation.

Although her academic qualifications are in the legal field, Mrs. Gopee-Scoon’s career also includes experience in the financial sector, having held various managerial positions in banks throughout Trinidad from 1982 to 1996.

An avid art collector, Mrs. Gopee-Scoon is a mother of three.