Sando gets more than just a new building 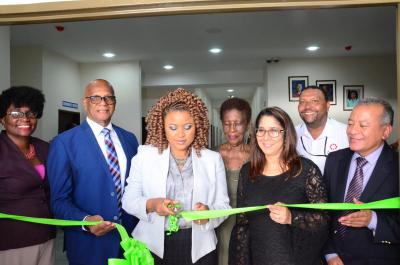 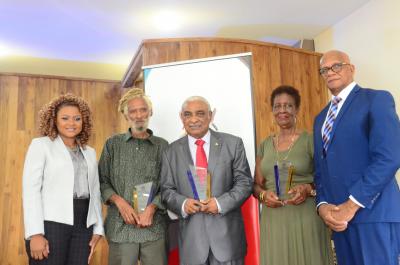 The community of Springvale is located on the outskirts of Embacadere and Vistabella and shares in the history of San Fernando.  The First People called the area Anaparima which has been translated as either “single hill” or “without water”.  It is said that Springvale was so named because of the natural springs found in the area at the time and its proximity to the city of San Fernando. As history will have it, the city first named San Fernando de Naparima was established in honour of the heir to the Spanish Crown by Spanish Governor Don José Maria Chacón in 1784, hence the name of one of its popular streets, Chacon Street.

Springvale is a spirited, busy community and mainly comprises residential housing and a very active fishing market; providing a significant part of the southern population with sea food.  The area was also a burial ground of the First Peoples of Trinidad and Tobago.

According to one resident, after much anticipation, the opening of the newly constructed San Fernando North Community Centre is truly a momentous occasion. The Community Centre was opened on Wednesday 13th June, 2019 by Dr. the Honourable Nyan Gadsby-Dolly, Minister of Community Development, Culture and the Arts with a strong community turn out on hand.

During her secretary’s report, President of the Springvale Women’s Group, Ms. Gloria Copeland, graciously expressed her gratitude for the facility, citing that its landscape is a rich one which has birthed many mayors and a President. She hopes that its opening will only increase the positive national contributions the city of San Fernando has made over the years.

His Worship Junia Regrello, Mayor of San Fernando said that the use of the centre will add intrinsic value to the lives of those who use it responsibly. He urged the community to fully exploit the potential of the centre, drawing on the benefits of its functions, and the opportunities to be derived.

In her feature address, Dr. the Honourable Nyan Gadsby-Dolly said that, “The investment we have made is not just in the physical structure but in members of this community”.  She also noted, “The real wealth of a truly functioning community and a nation lies in its people”. Minister Gadsby-Dolly expressed the sentiment that, “Community Centres are more than just brick and mortar. They represent dreams, opportunities and potential for all communities. Thus, we continue make these investments as we recognize its value to the people of Trinidad”.

Three persons were also honoured for their service to the community.  They were: