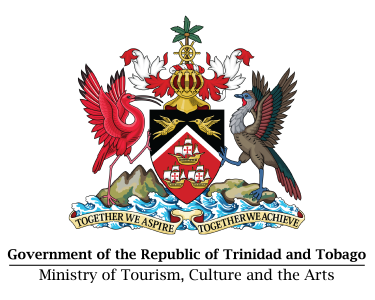 15th January, 2021, Port-of-Spain: After an absence of almost a decade, Royal Caribbean Cruises has placed on its itinerary a schedule to return to Trinidad and Tobago for its 2021/2022 cruise season.

Globally, cruises have been halted on account of the COVID-19 pandemic and the cruise industry is collectively hopeful and preparing for the re start of cruising, and for the Caribbean- wide re-opening of borders with the concomitant health protocols. Royal Caribbean’s Grandeur of the Seas has forecast its return to the welcoming ports of Port of Spain and Scarborough as part of their Southern Caribbean itinerary.

The world's second-largest cruise firm’s decision to add this country’s ports to its itinerary after such a long absence follows discussions between the Minister of Tourism, Culture and the Arts Senator the Honourable Randall Mitchell, Mr. Charles Carvalho, shipping agent, and principals of Royal Caribbean held at the Florida Caribbean Cruise Association’s (FCCA) Conference and Trade Show in November 2018. The conference and tradeshow hosts key decision makers in the cruise industry and is key to attracting new cruise lines as confirmation of itineraries and ports of call can take up to three years in some cases.

“We’re excited our destination is once again on the itinerary of Royal Caribbean International. These itineraries are planned years in advance. Both our islands are beautiful, warm and welcoming with a few undiscovered gems along the way. Now, passengers using Royal Caribbean International will experience them once again, and we will prepare to heavily incorporate our distinct and rich culture in our offerings to distinguish our destination from our Caribbean neighbours,” said Minister Mitchell.

He continued, “This development is certainly an encouraging one, and while it remains conditional on the re-opening of our borders and the decision to recommence receiving cruise ships, it shows continued interest in destinations Trinidad and Tobago.”

In preparation for re-opening of borders, the Ministry of Tourism, Culture and the Arts is also developing health protocols for the tourism industry and these will be in place when visitors return to our shores.

Over 91,000 cruise passengers came to Trinidad and Tobago in 2019. This figure reflects an increase over the previous years, except for 2018 which was an unusual year due to the closure of several regional ports because of the hurricane season. Despite this, the figures for that year show that Trinidad and Tobago had unusually high numbers.

Prior to COVID-19, the cruise industry was the fastest growing segment of the worldwide leisure travel market and demand had increased by close to 21 percent in the past five (5) years. According to industry data, cruise passengers are willing to spend more on activities such as beach tours, off-road/scenic tours or in duty-free shopping on many island nations.