Reconstitution of the Board of Directors of Tourism Trinidad Limited 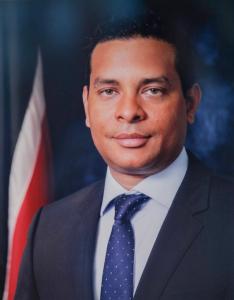 The other members of the Board are:

Minister of Tourism, Randall Mitchell acknowledges and thanks the outgoing Board members for their contribution and commitment to national service, and extends his best wishes to them in their future endeavours.

Mr. Chin Lee brings to Tourism Trinidad Ltd. a wealth of experience, expertise, and success in the public and private sectors.

Mr. Chin Lee is a past Chairman of the Tourism Industrial Development Company 1982-1995 and the National Carnival Commission 2007-2010.

In the private sector, Mr. Chin Lee is an accomplished entrepreneur with broad interests in the Media, Tourism, Entertainment, and Oil and Gas industries. He is also a past recipient of the Ernst and Young Caribbean Entrepreneur of the Year Award 2000 in recognition of his entrepreneurial excellence in the area of Tourism.