Reaffirmation of the Government's credit rating from CariCris: 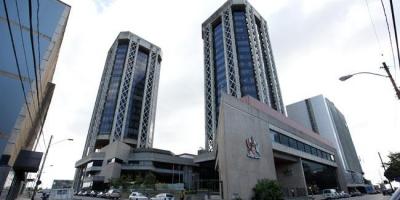 Caribbean Information and Credit Rating Services Limited (CariCRIS) has reaffirmed its ratings of CariAA+ (Foreign and Local Currency Ratings) on its regional rating scale for the USD 500 million debt issue (notional) of the Government of The Republic of Trinidad and Tobago (GORTT).

The ratings indicate that the level of creditworthiness of this obligation, adjudged in relation to other obligations in the Caribbean, is high. The ratings indicate investment grade quality for the rated debt, both on the regional scale and global scale when mapped. CariCRIS also revised the outlook to stable on the ratings.

The factors supporting the reaffirmation of the Ratings are: (1) Trinidad and Tobago continues to be one of the largest and most diversified economies in the Caribbean, which provides a level of resilience in difficult times, (2) the financial system continues to be well-regulated with relatively stable monetary and exchange rate performance and policies; these are expected to be maintained or improved in 2018, and (3) Trinidad and Tobago retains comfortable debt service coverage when compared to its Caribbean peers, despite some deterioration. Our decision to revise the outlook to stable is based on: (1) projected growth for 2018 and 2019, albeit small, as a result of an improvement in energy prices and gas production, (2) better than anticipated fiscal performance for the first seven months of FY2017/18, (3) our expectation that debt levels should be contained within our current risk category’s tolerance, and (4) foreign currency earnings are expected to improve predicated on the improvement in the energy sector and non-energy sector performances; though foreign currency shortages will likely persist in the near term.

ABOUT THE SOVEREIGN
Trinidad and Tobago (T&T) are the two southernmost islands of the Caribbean chain, and lie just seven miles off the north-eastern coast of Venezuela. The islands are outside of the usual path of hurricanes and have largely been spared the annual devastation that some of their northern neighbours have endured from storms and weather related troughs. The population, estimated to be 1.41 million people, comprises descendants of primarily India and Africa.

The reported adult literacy rate is within the 80-85 percentile range and education is free up to the secondary school level, with significant subsidization of tertiary education. The official language is English.

The expansion of T&T’s oil industry in the 1950s moved the country from a sugar-based to an energy-based economy. The vast petroleum and natural gas reserves have enabled the country to develop downstream industries such as the production of liquefied natural gas, methanol and nitrogenous fertilizers. The country also has strong financial services, manufacturing, and wholesale & retail distribution sectors. Tourism is a growing sector in the economy.