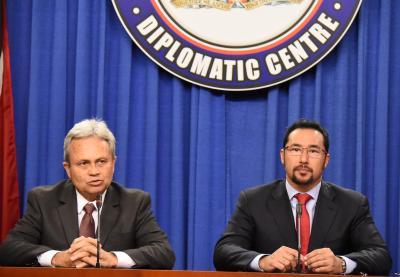 Cabinet has agreed to the appointment of a ministerial committee which will look at the construction industry and will be chaired by Prime Minister, Dr the Honourable Keith Rowley. The Joint Consultative Council (JCC) will be invited to nominate persons to this committee. One of the priorities for the committee will be validating the authenticity of claims made by contractors regarding monies owed. The inaugural meeting will be scheduled within the next couple weeks.

Minister of Finance the Honourable Colm Imbert provided a detailed account of the various attempts by the Port Authority to procure a vessel for the inter-island route over the last few years, going back as early as 2014. Minister Imbert said after seven attempts by the Port Authority over a three-year period, the Cabinet decided to appoint a committee to conduct a worldwide search. The committee prepared a shortlist of 10 internationally reputable ship brokers and invited them to submit proposals.

The committee was informed about a vessel located in China. Minister Imbert said the vessel is 74 meters in length and can berth anywhere in the Port of Spain harbour, can accommodate 700 passengers, 100 vehicles and costs $17.4 million USD.

He explained once all goes well the vessel should arrive in Trinidad in April. He said the process has now been handed over to NIDCO to complete via their procurement process.

The new vessel will make the journey from Port of Spain to Scarborough in four hours and will be called Galleons Passage, named for the body of water between the islands of Tobago and Trinidad.