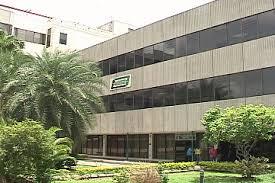 At a joint news conference held today – Thursday 26th September 2019 by the Water and Sewerage Authority (the Authority) and the Desalination Company of Trinidad and Tobago (Desalcott), at Desalcott’s office in Point Lisas, John Thompson, General Manager – Desalcott advised of an upcoming planned shutdown of its Point Lisas Desal Plant to facilitate maintenance works; while Alan Poon-King, acting CEO – WASA, provided details on how the Authority planned to mitigate the impact on the shutdown on customers.

In order to mitigate the effects of this supply shortfall on operations, the Authority will implement the following measures during the period of shutdown:

Some of the affected areas will include:

Customers are advised to maintain/establish a system of storage over the period of the shutdown and to also manage their water use efficiently by reducing consumption. This can be done by eliminating wasteful practices as well as repairing leaks and overflowing water tanks at home and in business places.