PM Rowley's message to the nation on Spiritual Baptist Day 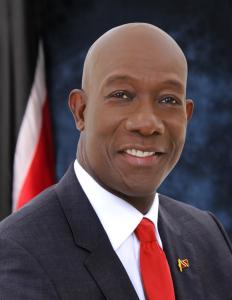 March 30th, 2019 - Today marks the 68th anniversary of freedom for the Spiritual Shouter Baptist community in Trinidad and Tobago. This annual milestone is a testimony of faithful, constant and unwavering devotion in the face of decades of religious persecution.

The 1917 Shouter Prohibition Or­di­nance was issued in an attempt to stifle the growth of the religion by forcing members of the community into silence. For 34 years worshippers were prevented from publicly practicing their beliefs but they remained grounded in their convictions. They defied the invisibility that was being forced upon them. They not only prevailed but they blossomed.

Today we recognise the steadfast endurance of the Spiritual Shouter Baptist community and those who worked tirelessly to ensure the religion did not fade or disappear under the weight of injustice. In the face of adversity they survived and continue to grow and thrive. Now thousands of our brothers and sisters proudly claim an equal place for their religion and are free to sing, clap, dance and shout openly.

It is my hope that as we commemorate their resilience we will be inspired to draw strength from their triumph over difficulty. In our personal lives we may face challenges that seem insurmountable. If we choose to live by the example of the Spiritual Shouter Baptist, emulating their courage and tenacity, we know that we too can overcome.

Let us always remember and treasure the importance of the religious liberties we all enjoy. There are still people all around the world who are unable to publicly adhere to their beliefs. In our beloved nation we enjoy and benefit from a multiplicity of religious expressions and practices. We must fervently guard this freedom and leave no room for intolerance.

On behalf of the people and Government of Trinidad and Tobago I extend greetings to the Spiritual Shouter Baptist community on this joyous occasion. You are an integral part of the rich cultural tapestry of this nation.