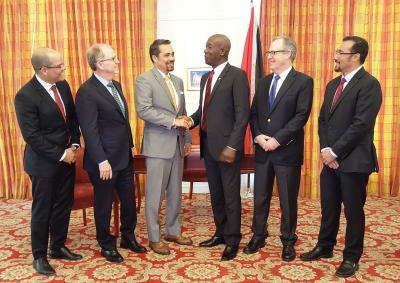 Minister of National Security, Communications and Minister in the Office of the Prime Minister the Honourable Stuart Young also attended the meeting.

EOG informed the Prime Minister that it has, in the last few days, approved a prospective exploration and production schedule for Trinidad and Tobago for the next five years. Their plan includes the deployment of a number of wells for both production and further exploration which is based on their analysis of recent state-of-the-art seismic work.