PM on the passing of Ken ‘Professor’ Philmore 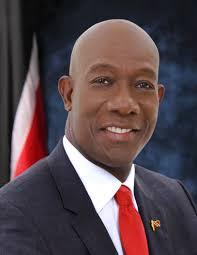 Today I join with the national community and the worldwide steelpan fraternity in mourning the untimely passing of legendary pannist and arranger, Ken “Professor” Philmore.

Mr. Philmore, a beloved son of South Trinidad, began honing his skills on the national instrument at a very early age and went on to establish himself as one of the premiere names in pan. The self-taught musician demonstrated a continuous dedication to his craft which solidified him as an incomparable talent.

As the arranger for Fonclaire Steel Orchestra, he was responsible for some of the most memorable Panorama music ever composed. His hits include “Pan By Storm”, “Pan Ecstasy” and “Pan in the Party”.

He also found success on the international stage with performances at Carnegie Hall in New York, The Royal Albert Hall in London and the Apollo Theatre in Harlem. He had the opportunity to perform alongside great entertainers such as our local Lord Kitchener and with several international acts.

It is with profound sadness that I extend condolences to his family, friends and colleagues on behalf of the Government of Trinidad and Tobago. Let us continue to look at his life as a shining example of passion for excellence and national service.

Prime Minister of Trinidad and Tobago