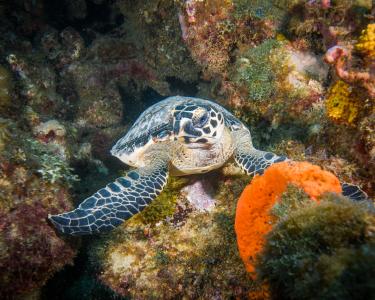 January 5, 2020, Port-of-Spain: Planning and Development Minister Camille Robinson-Regis is announcing for public information that the Government has taken another step to protect Trinidad and Tobago’s biodiversity with the appointment of a National Sea Turtle Task Force, to serve for a period of three years.  The Planning Minister states that one of the key roles of this Task Force is to oversee and co-ordinate sea turtle research and conservation activities in T&T.

This announcement by Minister Robinson-Regis comes ahead of the turtle nesting season in T&T which usually spans from March to August.  According to Minister Robinson-Regis, “Our twin island nation is internationally recognized as one of the largest nesting sites for leatherback turtles in the world and the Ministry of Planning and Development, which also has responsibility for the environment, is working to protected this and other animal species.”

Five species of sea turtles visit our shores, namely the Leatherback, Loggerhead, Hawksbill, Green and Olive Ridley turtles, which have all received the designation of Environmentally Sensitive Species (ESS) by the Environmental Management Authority (EMA) under the ESS Rules, 2001 through Legal Notice Nos. 88-92 of 2014.  The Leatherback turtle is listed as vulnerable, the Loggerhead is also vulnerable, the Hawksbill is critically endangered, the Green turtle is endangered and the Olive Ridley is listed as another vulnerable species.  In addition to the traditional threats to our sea turtle populations such as by catch, illegal poaching, pollution, habitat loss due to coastal development, the Task Force will also have to investigate and provide solutions for other threats to these creatures brought about by climate change.

The members of the National Sea Turtle Task Force, Chaired by the EMA, includes representatives from the Ministry of Planning and Development, the Ministry of Agriculture, Ministry of National Security, Institute of Marine Affairs (IMA), Ministry of Tourism and the Tobago House of Assembly.  Non-governmental organisations are also part of the Task Force, Turtle Village Trust, Nature Seekers, Grande Riviere Tour Guide Association and Save our Turtles.  The List of Academia rounding off the membership includes the University of the West Indies, the University of Trinidad and Tobago and the School of Veterinary Medicine.

Minister Robinson-Regis also adds that this appointment reflects Government’s obligation to placing the environment at the centre of social and economic development, which is commitment 5 in T&T’s National Development Strategy, Vision 2030.  The Task Force also helps T&T’s focus on achieving the Sustainable Development Goals (SDGs), principally life below water, SDG 14 and life on land, SDG 15.

SOME OTHER FUNCTIONS OF THE NATIONAL SEA TURTLE TASK FORCE: