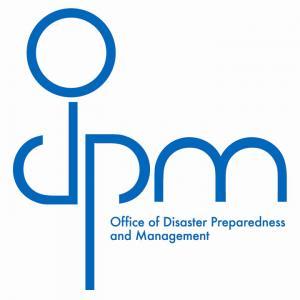 The Office of Disaster Preparedness and Management has received confirmed sightings of the Portuguese Man-O-War on the beaches of Manzanilla and to a lesser extent, Mayaro.

According to the Insitute of Marine Affairs (IMA), the Portuguese Man-O-War is a species of the siphonophore which are a group of animals related to the jellyfish. The tentacles of the Man-o-War contains venomous stinging cells that, while not poisonous to humans, can cause extremely painful blistering, stinging and burning sensations to the skin, vomiting and paralysis. Symptoms of severe stings and allergic reactions may include difficulty in breathing and unconsciousness. Dead Portuguese Man-O-War coming into contact with the skin can result in stinging sensations for days after its death.

In light of this, the ODPM is encouraging all citizens and tourists to exercise vigilance and extreme caution when visiting these beaches.

The ODPM is also urging persons to take the following precautionary measures in the event the Portuguese Man-O-War is sighted:

1.     Be cautious about swimming in the sea since the tentacles of the Portuguese Man-O-War may extend far behind or below its float and can break off and drift unseen.

3.     Avoid stepping on the colourful float as this leaves the stinging tentacles behind and exposed to others who may be negatively affected by the sting.

If you have been stung by the Portuguese Man-O-War, you are advised to:

2.     Administer vinegar (acetic acid) over the affected area(s). Carefully remove the stinging tentacles with a tweezer, stick or leaves and avoid touching them with exposed skin.

3.     Avoid rubbing or applying fresh water to the affected area as this may cause untriggered cells to fire and stinging to continue.

Persons are advised to report sightings of the Portuguese Man-O-War to their respective Disaster Management Unit of the Ministry of Rural Development and Local Government or the Tobago Emergency Management Agency (TEMA).