No shooting near San Fernando School 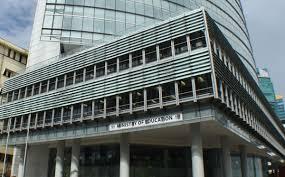 The Ministry of Education wishes to assure teachers and parents of the Anstey Memorial Girls’ Anglican School in San Fernando that there was no shooting incident near the school as was reported in sections of the media.

School Supervisors from the Victoria Education District in San Fernando visited the school and reported that there is no truth in the newspaper report, which appeared on Thursday morning after 9:00 am stating students screamed in horror as gunshots rang out near their school.

According to the Principal, at no time was there any shooting on the compound and the students were at all times safe. There was also no screaming or pandemonium in the school as claimed by the newspaper report. She said the San Fernando Police officers conducted a thorough search of the compound and later declared the school compound safe.

The Honouable Anthony Garcia, Minister of Education reiterates that the safety of our students and teachers remains a top priority. He says the Ministry of Education continues to collaborate with the Trinidad and Tobago Police Service (TTPS), National Maintenance Training and Security Company (MTS) and related partners to ensure our schools remain safe for teaching and learning purposes.