No increase in taxes on hybrid cars 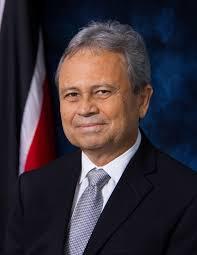 The Honourable Colm Imbert, Minister of Finance, notes with deep concern yet another erroneous, misguided and uninformed media report, on this occasion broadcast by Power 102 FM on Monday May 20th, 2019, that attributes false statements to him.

For the record, since December 2017, all new hybrid vehicles or used hybrid vehicles which are imported for private or commercial use, with an engine size not exceeding 1599 cc have been exempt from Customs Duty, Motor Vehicle Tax and Value Added Tax.

This tax-free concession on hybrid cars with engine sizes not exceeding 1599 cc, was implemented by way of the Finance Act No. 15 of 2017, assented to on December 19, 2017, and has NOT been adjusted or changed in any way, nor is it the intention of the Government to change this concession.

The Minister is again calling on the media to be far more responsible in their reporting of information to a public that is reliant on them for shaping opinions.