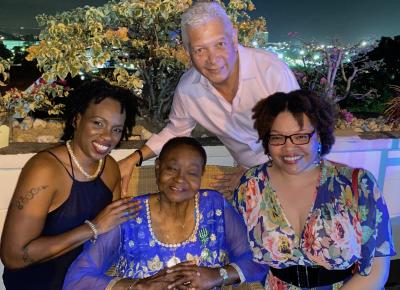 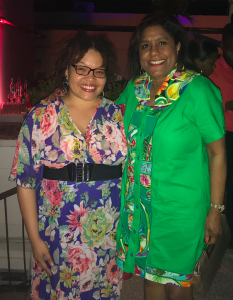 Port of Spain, Friday 21st February: The Trinidad and Tobago Music Company Limited (MusicTT) was present at Calypso Rose’s reception celebration at the Trinidad Hilton Hotel on Thursday, 20th February. Dignitaries, guests and fans alike gathered to celebrate Rose’s achievement on receiving the Officer of Arts and Humanities medal, one of the highest honours among the French Ministerial Orders of Merit.

Calypso Rose, born Linda McCartha Sandy-Lewis, had the honour conferred in a letter from French Culture Minister Franck Reister on May 31st, 2019. The award has been bestowed upon the likes of Jay-Z, Beyoncé, Pharrel Williams and George Clooney. The official presentation of the award, which took place earlier on Thursday, was delayed to coincide with the early celebration of the singer's 80th birthday on April 27th, 2020.

The celebration event featured a lively performance by Calypso Rose, who was joined by Nailah Blackman and Machel Montano.

General Manager of MusicTT, Ms. Melissa Jimenez, stated “MusicTT extends its congratulations to Calypso Rose on this auspicious award by the French Government. Calypso Rose is an icon, and we support her as she flies the Trinidad and Tobago flag high in France and around the world.”