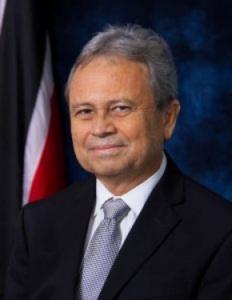 The Minister of Finance, Hon. Colm Imbert, has taken note of an article in yesterday’s Daily Express, Friday February 15th, 2019, with the headline “Ministry of Finance, CBTT holding up NCB takeover of GHL”.

In addition to erroneously alleging that the Ministry of Finance’s “failure” to grant regulatory approval for the proposed takeover by NCB Global Holdings Ltd of Jamaica (NCBJ) of Guardian Holdings Limited (GHL) of Trinidad and Tobago has “forced” NCBJ to extend its offer to acquire a controlling interest in GHL to April 30, 2019, the article also improperly alleged that the Ministry of Finance is a “stumbling block” being faced by NCBJ in the transaction.

Nothing can be further from the truth, and the Express must be aware that uninformed reporting can have serious consequences.

The Minister of Finance wishes to make it clear, that as part of its take-over bid, the NCBJ is obligated, among other things, to obtain a Foreign Investment Licence, from the Minister of Finance, pursuant to the Foreign Investment Act Chap. 70:07. The Ministry of Finance, therefore, cannot be pejoratively described as a “stumbling block”, since it is one of the regulatory authorities that must by law approve the transaction, and it must do so with impartiality, and with fairness to all concerned.

It is noteworthy that before extending the time for the offer, NCBJ unilaterally fixed its own deadline of February 7, 2019 for the approval by the regulatory agencies of its takeover bid. However, the application for a Foreign Investment Licence was only sent by NCB’s representatives directly to the Minister of Finance on February 5th, 2019, two days before this deadline, without all necessary supporting documentation. As soon as the Minister received it, he started reviewing the application and it became evident that further documentation was required.

This matter is therefore still being engaged by all parties.

It is irresponsible, therefore for the Express to say that the Ministry of Finance is “holding up”, and is a “stumbling block” to, an application for a Foreign Investment License in a matter as important as this, when in truth and in fact, the application was only sent to the Minister two days before the deadline, without all required supporting documentation.

It is to be noted that the Minister of Finance has a public duty to carefully consider all of the facts surrounding the application before making his decision.