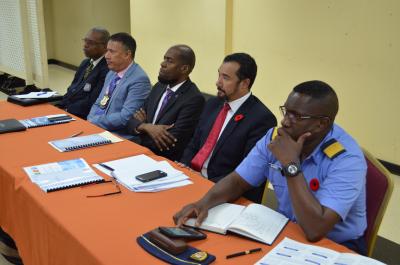 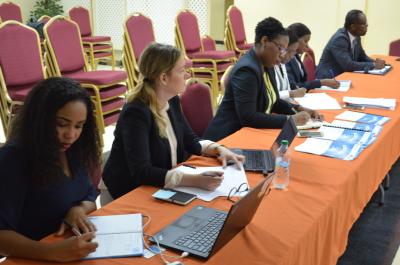 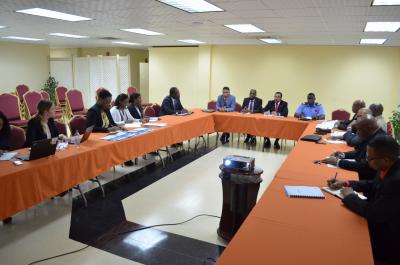 The Airport Communications Project (AIRCOP) is a multi-agency project implemented by UNODC in partnership with INTERPOL and the World Customs Organization (WCO). It aims at strengthening the capacities of international airports to detect and intercept drugs, other illicit goods and high-risk passengers, including foreign terrorist fighters, in origin, transit and destination countries with the overall objective of disrupting criminal networks.

Minister Young welcomed Ms. Harris and the other UNODC representatives to Trinidad and Tobago and stated that the meeting was another opportunity for the Government of Trinidad and Tobago to further its collaboration with the UNODC on national security issues and more specifically with matters relating to border security.

Minister Young said “The implementation of the AIRCOP Project in this country, would indeed strengthen the capability and capacity of the border security efforts of the country’s Defence and Law Enforcement agencies in protecting our nation’s borders, including the detection of crimes such as trafficking of illicit drugs and illicit goods, fraudulent documents, terrorism and the trafficking in persons.”

Ms. Harris thanked Minister Young for his warm welcome and indicated that the increased capacity and knowledge of trained personnel has led to the expansion of the AIRCOP Project scope to cover the multiple threats targeting airports, including all illicit drugs, illicit goods (such as wildlife, counterfeit medicines or weapons) and, as of late, terrorism and trafficking in persons.

The discussions ended with both parties pledging to continue working together, in the interest of strengthening Trinidad and Tobago’s border security framework, towards the increased security and safety of our citizens.