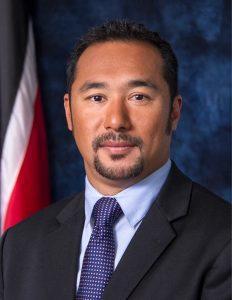 Port of Spain: Minister of National Security the Honourable Stuart R. Young M.P. has observed comments made by Fishermen and Friends of the Sea (FFOS) alleging a lack of response by the Trinidad and Tobago Coast Guard to a report of a robbery at sea in the Waterloo Area on November 14, 2019.

Upon receiving the report on November 14, 2019, the Trinidad and Tobago Coast Guard immediately deployed resources to the area to conduct patrols and searches. There were no confirmed reports of any injuries, stolen equipment or missing persons at sea as a result of the incident.

Contrary to repeated statements by the FFOS that this country’s radar system is non-functional, Minister Young again underscores that Trinidad and Tobago’s radar system is indeed operational and being utilised. Measures are being actively pursued to further fortify the system.

To complement Government’s efforts, the Minister reiterates the call for fisherfolk to install Global Positioning System (GPS) tracking devices in their vessels and urges fishermen to follow all safety advice provided by the Trinidad and Tobago Coast Guard.

While FFOS continues to claim that Minister Young has not responded to correspondence, the Minister wishes to highlight the fact that he officially responded to FFOS since October 10, 2019. The Minister informed the organisation that many of the mechanisms proposed by the FFOS are already being pursued as part of a larger plan to enhance border security.