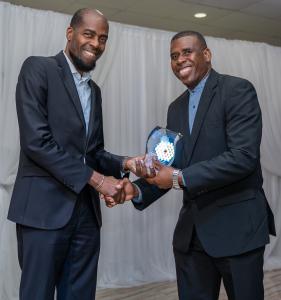 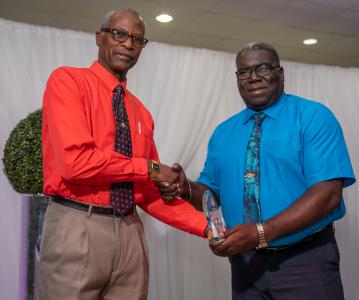 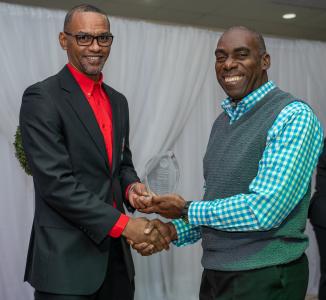 Delivering the feature address at an Inaugural Retirement Function for Second Division Fire Officers, Permanent Secretary of the Ministry of National Security Mr. Vel Lewis commended the Fire Service Association (Second Division) for hosting the ceremony as a fitting gesture of gratitude and recognition to the retired officers and expressed his appreciation to all those who worked together to bring the celebration to fruition.

Permanent Secretary Lewis thanked the retirees for their contribution to national security and to the country. He said “you went beyond the call of duty as you dedicated your lives to the continuous safety of State and citizens. For this, we at the Ministry of National Security are grateful and proud of your service to this nation. You have truly fulfilled your motto “In the Service of the People”. He wished the retired officers all the best for the future and encouraged them to discover ways to mentor firefighters coming up the ranks and to continue to share their vast expertise with service members.

The Permanent Secretary assured that the Ministry of National Security continues to advocate with the relevant authorities for the implementation of reformed pension and gratuity benefits for retired Fire Service officers.

Speaking at the event, Acting Chief Fire Officer Mr. Marlon Smith also extended best wishes to the officers on their retirement. He acknowledged the officers committed service during their tenure, which spanned between twenty (20) to thirty-five (35) years of providing effective fire protection to Trinidad and Tobago. The Acting Chief Fire Officer indicated that although they may have faced operational challenges at times, he recognised the officers for always getting the job done. He gave the undertaking to continue the administration of initiatives which pay homage to retired fire officers.

President of the Fire Service Association (Second Division) Mr. Leo Ramkissoon also addressed the retirees. He thanked the officers for giving decades of their professional lives towards fulfilling the mandate of the Fire Service and also expressed his gratitude to Permanent Secretary Lewis and Acting Chief Fire Officer Smith for supporting Saturday’s Retirement Function. Mr. Ramkissoon congratulated the officers on achieving the milestone of retirement and extended wishes of good health and continued success.