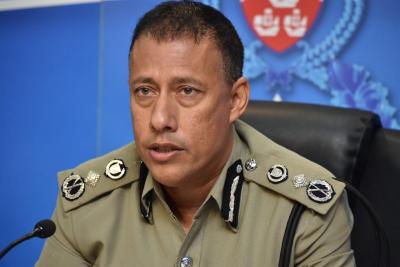 Today, November 14, 2019 the Minister of National Security, the Honourable Stuart R. Young M.P; has written to the Commissioner of Police, Trinidad and Tobago Police Service, Mr Gary Griffith with regard to damning allegations made by Mr. Christopher Wylie in his book Mindf*ck, as it relates to the spying activities of Cambridge Analytica on the people of Trinidad and Tobago.

Minister Young raised the matter at a Media Conference held yesterday ( November 13, 2019) at the Ministry of National Security, Port of Spain in which he signalled his intention to call for a criminal investigation into the allegations and alleged involvement of then government officials of the UNC/Peoples’ Partnership government.

In his letter, Minister Young requested that the Commissioner of Police consider investigating the serious allegations made by Mr Wylie, who he said has made similar allegations previously in public parliamentary hearings in the United Kingdom and the United States of America.

Minister Young has also provided the following documents to the Police Commissioner:

 Extracts from the book written by Mr. Wylie- Mindf*ck

 An article from Open Democracy dated January 28, 2019; and