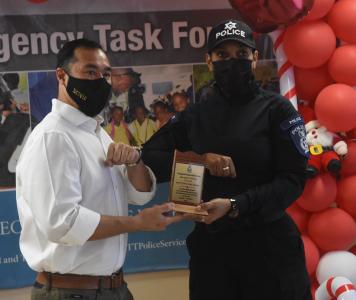 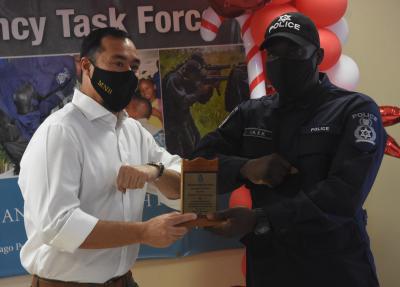 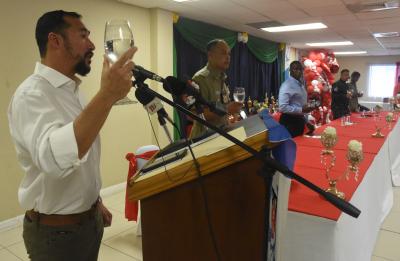 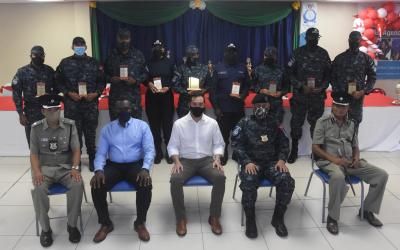 Port of Spain: Today, December 25, 2020 Minister of National Security, the Honourable Stuart R. Young M.P. met with officers of the Trinidad and Tobago Defence Force and the Trinidad and Tobago Police Service, who are attached to the Inter-Agency Task Force and the Guard and Emergency Branch to relay his best wishes for the Christmas season and for the upcoming new year.

During his official address, Minister Young took the opportunity to thank the Officers for their selfless dedication to duty, for their decorum and for their professionalism over the past year, as this country grappled with managing the Covid pandemic.

Minister Young stated, “the Ministry of National Security and by extension the Government of Trinidad and Tobago continues to value the indispensable contribution made by the members of the Defence Force and of the Police Service, to ensuring the security and safety of our country and of our citizens, especially through this uncertain period of the Covid-19 pandemic”

The Minister also said that there were two things that saddened him over the past year and they were the loss of the Anti-Gang Legislation and the failure of support for the Bail Amendment Legislation.

In addition, the Minister stated that he was also disappointed with the lack of support forthe Bail Amendment Bill.

Minister Young said “for parliamentarians to tell you, the men and women of law enforcement to go out there, to risk your lives and take on the criminal elements and if someone is held with an automatic firearm, a grenade or an incendiary device that they can be out on Bail in twenty-four hours or less....., I know as your Minister what you face in these trying circumstances”

The Minister ended by stating that any person, caught being involved in aiding and abetting in the crimes of human trafficking or human smuggling will feel the full brunt of the law.