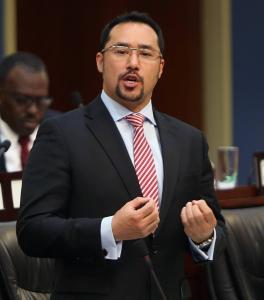 I have noted the statement by His Excellency Joseph N. Mondello, United States Ambassador to Trinidad and Tobago, of today’s date.

It appears that my response to an opposition question in the Senate on May 13, 2020 has been misconstrued.

On May 13, 2020 the Opposition asked a question in Parliament on whether the Government of Trinidad and Tobago is conscious of a statement issued by the United States Government concerning this country’s violation of the Rio Treaty.

I responded that, “we continue to have open channels of communication. In fact, last week the United States Government’s head and top diplomat in Trinidad and Tobago, that is the Ambassador, not any underling who may or may not be speaking to the media, the United States Ambassador, had a conversation with me, as a representative of the Cabinet level of the Government, and there were other conversations and there was no raising of the breach of any treaty.”

The Ambassador did speak to me and I did not indicate what we spoke about. I do not believe it was proper to provide the details of our discussion.

The only thing I said, in response to a question raised in Parliament, was that no breach of the treaty was raised; meaning that it was not positively put to me that Trinidad and Tobago has breached the treaty.

The United States of America remains an important ally and we continue to have a good working relationship with mutual benefits to our two countries.

An extract of the Hansard record is annexed for ease of reference.

Minister of National Security and Minister in the Office of the Prime Minister.