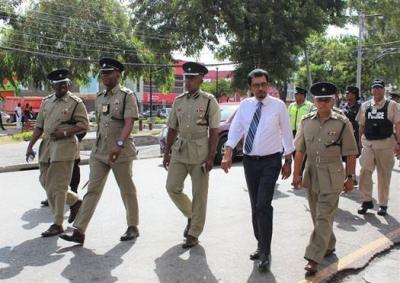 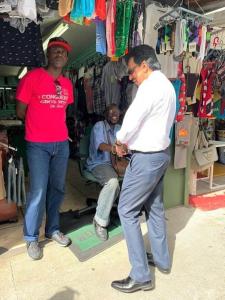 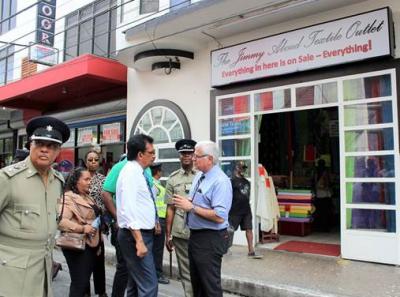 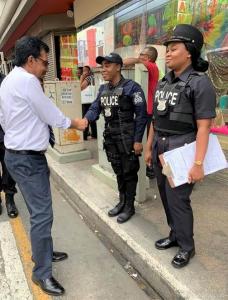 February 11, 2020. Kent House, Maraval – Citizens will enjoy a safer Carnival experience this year as the Municipal Police Service rolls out its security plan for the upcoming Carnival season.

Senator the Honourable Kazim Hosein, Minister of Rural Development and Local Government announced the collaboration of the Trinidad and Tobago Police Service (TTPS) and the Municipal Police Service in order to provide greater security for tourists and citizens during the Carnival weekend.

All citizens; tourists, party-goers and families will be able to patronize major beaches and rivers from the Carnival weekend until Ash Wednesday as the Municipal Police Units of every municipality will be out in full force to provide round-the-clock patrols and security at major beaches such as Maracas Bay and Las Cuevas Bay to Vessigny Beach, Clifton Hill, Mayaro and Moruga to name a few. There will also be foot and vehicular patrols at popular rivers such as Caura and Mathura River during the Carnival weekend by Municipal Police Constables.

While Minister Hosein wishes all citizens a happy and safe Carnival he is very cognizant of the fact that not all citizens participate in Carnival activities. Many persons or groups such as churches and other religious groups choose to get away from the hustle and bustle of the city to enjoy the long weekend at the beach and spend quality time with their families and friends. Minister Hosein remarked, “We continue to increase the complement of Officers employed within the Trinidad and Tobago Municipal Police Service to ensure that citizens feel a great sense of safety as they traverse our major towns and cities. We will be paying special attention to those areas that traditionally experience a large turn-out for Carnival celebrations such as Port of Spain, San Fernando, Tunapuna and Point Fortin. The Municipal Police will maintain their visibility in all municipalities.”

“We are not playing games with anyone’s life in this country,” remarked Minister Hosein. The Minister of National Security, the Honourable Stuart Young echoed the sentiments of Minister Hosein as he thanked him for collaborating with the Trinidad and Tobago Police Service (TTPS) to further enhance security for citizens. He also commended all Municipal Police Officers for maintaining their community presence. His Worship the Mayor of Port of Spain, Joel Martinez welcomed this initiative and also thanked Minister Hosein for his proactive approach to citizen security in this season.