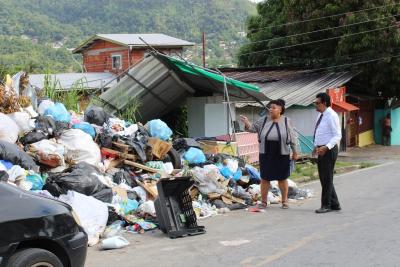 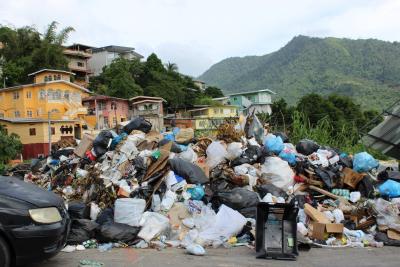 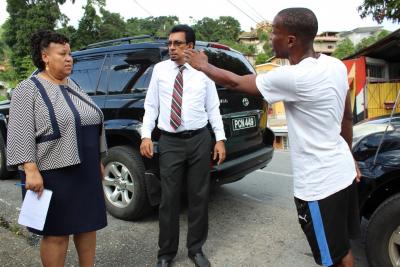 As Minister Hosein viewed the mound of garbage left by the garbage contactor he noted with grave concern the potential public health hazard and on-going discomfort to residents of Upper La Puerta Avenue in Diego Martin. Resident, Kheanon Craig took the opportunity to inform Minister Hosein that the garbage pile was as a result of three weeks of neglect by the contractor.

Minister Hosein wishes to advise the residents that this matter is receiving his attention and the Ministry will be assisting to resolve the matter in the speediest time possible. The Minister condemns the actions of this contractor as their failure to comply with its contractual obligations negatively impacts the state of homes, families and individual well-being. Failure to collect and properly dispose waste materials has the potential for the transmission of air and waterborne diseases.

Minister Hosein adds that public funds are being used to obtain a service and the contractor is duty bound to provide that service.