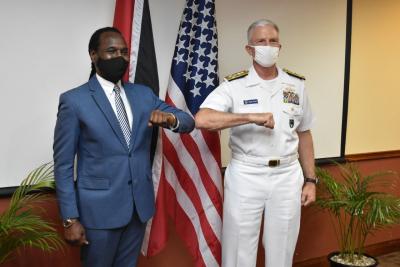 At the meeting, Minister Hinds and Admiral Faller took the opportunity to discuss areas of mutual interest with respect to security cooperation, capacity building in civil-defence partnership and the professionalisation of the Defence Force, in particular the Women, Peace and Security Initiative.

Both Minister Hinds and Admiral Faller emphasised the importance for the continued strengthening of the longstanding relationship between Trinidad and Tobago and the United States of America.