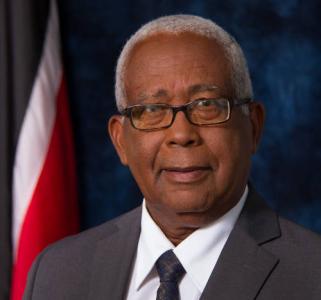 The Honourable Anthony Garcia, Minister of Education in a media release responded to a statment made by Dr. Tim Gopeesingh: "The Education sector is crumbling, Mr. Prime Minister".

Minister Garcia stated the following, "In a release to the media dated June 4th, 2019, Member of Parliament for Caroni East and former Minister of Education Dr Tim Gopeesingh has yet again taken to attempting to use the public media as puppets in his game of politics. The former Minister has again continued to twist every possible matter that has been aired in the public domain surounding education, exaggerated and inflated the relevance, prominance or statistics, and has continued his attempt to mislead the population of Trinidad and Tobago.

At this point in the term of office of this government, the reproduction of the same rhetoric by this jaded former Minister exemplifies the definition of insanity in which the same action is repeated expecting a different result. This government has transparently accounted to the people of this nation all that has and is being done in every sector including education. The people of Trinidad and Tobago also understand based on the facts, explanations, statistics and data provided how each and every point raised by the Member for Caroni East can be defended.

At this time I take the opportunity to make it clear, that the baseless claims being made by a seemingly nostalgic former Minister unable to come to terms with the portfolio in which he now operates, will no longer be given prominence by this Ministry of Education. Each and every argument presented has been defeated and the new attempt to aggrandise stories, while using language to stir negative emotions among the citizenry, is a blatant blow to the intelligence of this populace to believe that our people can be so easily manipulated.

I wish the MP all the best in his endeavours as he hopefully shifts focus to the constituency of Caroni East which he represents."