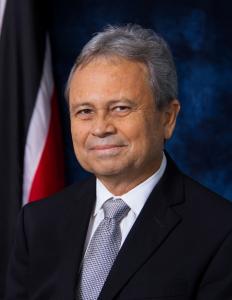 The following is a rebuttal of the false allegations made by the Parliamentary Opposition and its associates and agents from September 6th – 20th, 2019 with regard to the involvement of the Minister of Finance in a private apartment building project in Port of Spain.

Allegation: The Minister should have recused himself from the debate on the Finance No. 2 Bill in 2016, since he stood to benefit from incentives designed to stimulate the construction sector.

Fact: This allegation is baseless.
The Finance No. 2 Bill of 2016 was a Money Bill. Such Bills can and do potentially benefit every single Member of Parliament.

Some examples are Bills with measures providing for tax amnesties, improvement in Parliamentarians’ pension benefits and/or salaries and allowances, reduction in VAT and increase in the personal allowance.

The Leader of the Opposition herself and other Members of the Opposition have participated fully in and voted for numerous Bills that have benefitted them financially, without having declared an interest. In contrast, in the debate in the Finance No. 2 Bill of 2016, the Minister of Finance took the unprecedented step of declaring a potential future interest in the incentives to stimulate the construction sector.

Most importantly, there is no evidence that the Minister of Finance will or can benefit from the 2016 tax exemptions for a multi-family dwelling. On the other hand, there are pre-existing tax incentives for the construction of apartment buildings, such as the Picton Street project, going as far back as 1966.

Allegation: The planning laws and rules do not permit buildings of more than 2 storeys in height in the area in Port of Spain where the project is located and the Minister of Finance used his position to obtain a variation or waiver of these laws and rules to benefit himself as well as to accelerate and unduly influence the approvals process.

Fact: This allegation is false.
Several high-rise buildings already exist in the Newtown area as part of a long established Development Plan for the area, such as the TATIL building at 14 stories and the Guardian General and Sagicor Buildings at 7 stories. This particular parcel of land has had planning approval for a high-rise building of at least 6 storeys in height since 2005, 14 years ago. Further, Final Town and Country Planning Approval (Grant of Permission to Develop Land) for an 8-storey multi-family residential building at 61-65 Picton Street was granted under the previous UNC Government in February 2014 (see attached approval). Further, it took 4 years for the current owner of the land to obtain planning and building approvals, from 2012 to 2016, which by no stretch of the imagination can be considered to be “accelerated”.

Allegation: The company that owns the land at 61-65 Picton Street was acquired by the Minister of Finance in 2012 for $1.75 million after being purchased by its previous owners in 2005 for $3 million. This allegation implies that the Minister of Finance got a sweetheart deal for the land in return for some undisclosed favour.
Fact: This allegation is false.
The company that owns the land at Picton Street was purchased by the Member of Parliament for Diego Martin North/East in 2012, who was not a Government Minister of Finance at the time, but rather a Member of the then Opposition, and was thus in no position to grant anyone any favours at that time. In addition, the price paid for the
company in 2012 was the prevailing fair market value in 2012, and in any event, exceeded the alleged 2005 price of $3 million.

Allegation: The Minister of Finance knew that he had a pending application for a multifamily dwelling to get exemption from income tax, when he piloted the Finance No. 2 Bill in July 2016.
Fact: This allegation is false.
In July 2016, the Minister of Finance had no application before any Government Agency, Ministry or Department of any kind whatsoever when he piloted the Finance No. 2 Bill, since all required approvals were obtained before that date. Further, to date, the Minister has not applied for any exemption from income tax whatsoever for the project.

Finally, the Minister of Finance has consulted his lawyers and has been advised that the false statements made in public about his involvement in the Picton Street project and his actions with respect to the Finance Bill No. 2 Bill of 2016, which have been published in the print and electronic media, uttered on political platforms, circulated on the Internet and published on social media, are extremely defamatory and damaging to his reputation. As a result, he will be taking legal action against all concerned.