Minister of Energy and Energy Industries to speak at Gas Symposium 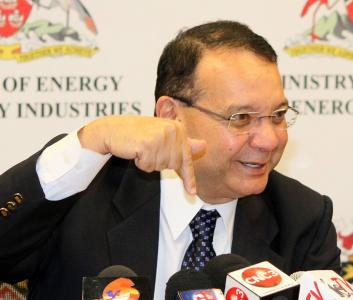 The Prime Minister, Dr the Honourable Keith Rowley, will on Tuesday November 13, 2018, deliver the Keynote Address at the Gas Symposium being organized by the Ministry of Energy and Energy Industries in conjunction with the Gas Exporting Countries Forum, GECF.

The Gas Symposium is being held on the sidelines of the 20th Ministerial Meeting of the GECF on November 14 at the Hyatt Regency Conference Centre in Port of Spain.

Other expected high level speakers include the Executive Director of the Latin America Energy Organisations, OLADE, Blanco Bonilla; Secretary General of the International Gas Union, IG, Luis Bertran Rafecas, and leading energy companies such as Rosneft, National Gas Company of Trinidad and Tobago, Gazprom and Shell among others.

The Gas Symposium is part of activities marking the hosting of the 20th Ministerial Meeting of the Gas Exporting Countries Forum, GECF, by Trinidad and Tobago https://gecf20mm.energy.gov.tt/

At the meeting, which will usher in the celebration of the 10th Anniversary of the Forum, the Ministers will discuss among other important issues, current and future energy trends and the role of gas as outlined in the 2018 GECF Global Gas Outlook 2040 and the Annual Statistical Bulletin (ASB) both scheduled to be released in December 2018.