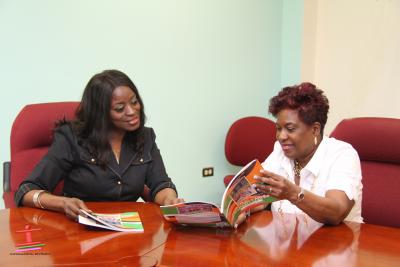 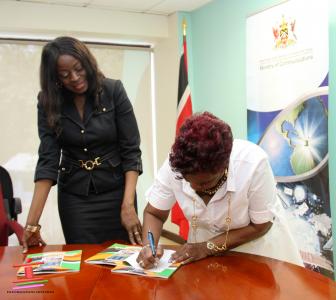 Trinidad and Tobago’s rich Carnival history is being celebrated yet again.

This time it was captured by author Yolanda Lezama-Clark in a book titled Jaidyn & the King of the Brooklyn Carnival. Lezama-Clark presented a copy of the book to the Minister of Communications, Senator the Honourable Donna Cox on Friday 21 February 2020.

The book chronicles Lezama-Clark’s father, Carlos Lezama’s devotion to the preservation of this country’s cultural history in the United States. Lezama was known as the King of Carnival and was a major player in the Labor Day Parade, also known as West Indian Carnival, which is an annual celebration held in Brooklyn, New York City.

The Ministry of Communications has responsibility for libraries in Trinidad and Tobago and on Monday 2 March 2020 Lezama-Clark will officially launch the book at National Library and Information System Authority (NALIS). Lezama-Clark will also participate in this year’s NGC Bocas Lit Fest.

“It is commendable that Carlos never forgot his roots, even while residing outside of Trinidad and Tobago. He should be applauded for his efforts to share this country’s heritage with others. His devotion and patriotism, I believe, is a story worth telling and one which our citizens can learn from,” said Minister Cox.

Jaidyn & the King of the Brooklyn Carnival is co-authored by Dawad Philip.