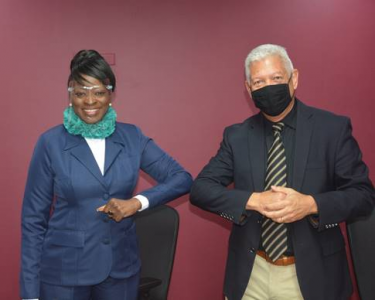 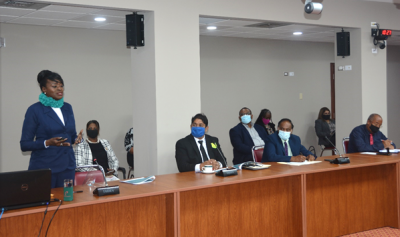 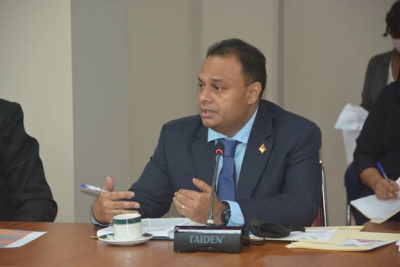 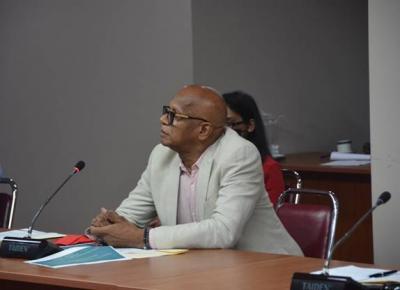 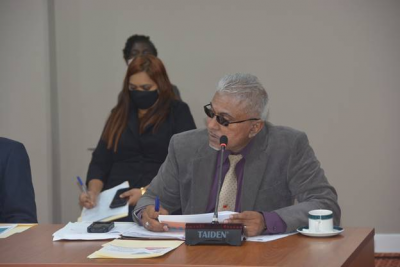 Port-of-Spain ---As a follow up to previous high profile meetings with entities responsible for policy development and implementation, Senator the Honourable Donna Cox, Minister of Social Development and Family Services, today, Friday March 26, 2021, engaged the Mayors, Chairmen and CEO’s as well as other stakeholders within the local government corporations. The meeting took place at the Linda Baboolal Meeting Room at Cabildo Chambers on St. Vincent Street, Port-of-Spain from 10:00 a.m. and was chaired by the Honourable Minister, who was also accompanied by her Executive team at the Ministry. The latter consisted of Permanent Secretaries Jacinta Bailey-Sobers and Sheila Seecharan and the Deputy Permanent Secretary, Vijay Gangapersad, as well as the Chief Technical Officer, Michael Reid and Social Displacement Director, Loraine Reyes-Borel.

During her opening remarks, Minister Cox acknowledged that she was quite impressed by the turnout, in response to the Ministry’s aim to move swiftly and effectively towards providing the nation’s street dwellers with the care and rehabilitation that they so rightly deserve. She noted that the session was about establishing and strengthening a ‘continuum of care’ for this particular population. The Ministry recognizes that among the stakeholder group, laudable efforts have been undertaken to address the problem of street dwelling, guided by a collaborative and integrated approach, but the issue continues to be a nationwide challenge. She urged those in attendance to share their experiences, recommendations and suggestions, as well as the various locations they may have, or know about, which could be explored and further identified as transitional facilities.

Minister Cox is certain that with the support and collaboration of all stakeholders, workable solutions can be identified in both the short and long term, particularly during a period of global socio-economic uncertainty.

A widely discussed area was the statistics of street counts for many of the regions, which recently took place. According to Port of Spain Mayor, Alderman Joel Martin, “Street count data can determine the movements of this population over time. Rehabilitation is important, as street dwellers have different circumstances. I truly believe the rehabilitation stage can make the street dwellers better. Thus, I look forward to continued discussions, as we can accomplish many things working together.”

According to contributions made by meeting attendees, there was consensus that more holistic approaches is required on the action plan. Furthermore, it was agreed that there is a strong need for the provision of adequate assessment, rehabilitative and step-down facilities for the street dwellers, despite the scarce resources. The monitoring and evaluation mechanisms to assist with aftercare support is also critical. The Mayors and Chairmen agreed that there needs to be a more collaborative and hands on approach geared towards the rehabilitation and re-integration from dwelling in public spaces.

The Minister also noted that prior to Friday’s session, the Ministry had insightful discussions with the business community of Trinidad and Tobago, where the representatives all agreed that there is need for more collaboration and community involvement and were grateful for the opportunity to have discussions on the street dwelling issue.  Other entities includedMinistry of Rural Development and Local Government, Ministry of Labour, Ministry of Health and the Trinidad and Tobago Police Service. She plans to conduct a meeting with Non-Government Organizations, Community Based Organizations and Faith Based Organizations within the next month. She assured that all efforts moving forward will be made to better mobilise and coordinate the resources of the public and private sector, to ensure that no person is left behind.