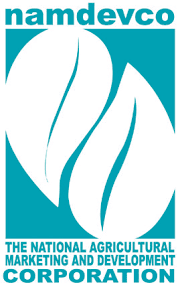 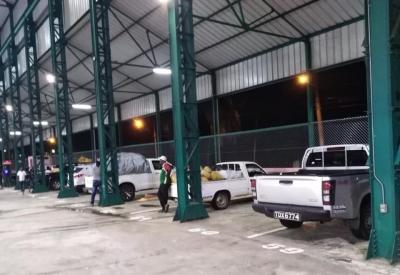 Senator the Honourable Clarence Rambharat, Minister of Agriculture, Land and Fisheries says now that the Ministry’s Head Office compound in Chaguanas is heavily patronized, it is possible to have it operate permanently at the Woodford Lodge Farmers’ Wholesale Market facility. This he said would be in line with his expectation that the Woodford Lodge facility would be available every day and for extended hours to farmers, other food producers and a wider cross section of entrepreneurs, especially during Divali, Christmas and other peak periods. The Minister made these comments as he delivered the Feature Address to mark the start of trading at the Wholesale Farmers’ Market on Friday 11th October, 2019. Present at this event were farmers; the Chairman of the National Agricultural Marketing and Development Corporation (NAMDEVCO), Mr. Dennis Ramdeen and Deputy Chairman, Mr. Wayne Inniss; other NAMDEVCO officers and various agriculture sector representatives.

In an open session with farmers and the media, the Minister responded to several questions, including the decision to use rented tents at some of the Farmers Markets. According to Minister Rambharat, people sometimes fail to consider “the real cost” to the State of engaging in business. “One needs to consider the transactional cost in some of these things. For instance, the State buys fifty (50) tents; ten (10) tents rip and nobody repairs them so you are down to forty (40). Then there is someone who has to come to work, load these 40 tents in a vehicle and transport it into the farmers market and sixteen (16) daily-paid employees have to come put them up and if the person driving the vehicle to transport the tent falls ill then you are in trouble. A lot of people do not think about the real cost of the State doing business and so we have maintained that [rental] arrangement with the tents until we get to a point where we can establish some level of permanence in an area,” he said.

Going deeper into the operations of the Woodford Lodge Wholesale Farmers’ Wholesale Market, the Minister said: “I have said to the NAMDEVCO Board I would like to test a farmers market at this location now and I would like that from Monday to Friday we do the wholesale business and I would like Saturday morning that we shift the farmers market from MALF's Head Office compound to this facility and see how it goes. I also believe that the country needs a night market as people come through the traffic and get home late so as we move to the Divali and Christmas seasons, I would like to see a retail farmers market right here, operating from time to time, in the night. Most importantly I would like that if we are using this facility Monday to Friday for wholesalers and Saturdays for the farmers’ market, that we make it available on Sundays to all sellers wherever they are. This is a facility that is built for vending and should be available for vendors wherever and whomever they are.”

In his revelation that the Parliament had allocated “additional funds” for NAMDEVCO to “meet some of the ongoing costs which it has taken on-board” this year, Minister Rambharat was also keen to remind the public that while the newly-commissioned facility was to be utilized by any farmer in the country, so desirous of conducting his / her trade, it was incumbent of the farmers in central, “to take a sense of responsibility” in ensuring that the facility remained active / productive and its assets, protected.