Low threat of Ebola for T&T 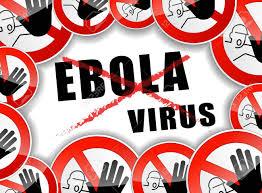 However, the threat level outside of the affected region remains very low, including Trinidad and Tobago and the other Caribbean territories. Ministry of Health officials, though, remain vigilant, especially at all our ports of entry, as no case of this disease has ever been recorded in Trinidad and Tobago.

Ebola is a severe disease caused by an infection with an Ebola Virus. Since 1976, there have been several outbreaks of Ebola in some African countries.

Ebola can spread by direct contact with bodily fluids from:

Direct contact means infected bodily fluids must get into your mouth, nose, eyes, breaks in your skin or through sexual contact.

Common symptoms of Ebola include:

Symptoms appear between 2-21 days after exposure. People with Ebola cannot spread the virus until symptoms appear.

Persons can protect themselves from this disease by avoiding non-essential travel to countries where Ebola is widespread. Even so, persons are only exposed to the disease if they have direct contact with bodily fluids of an Ebola patient.

If someone must travel such countries they should:

Anyone who has recently travelled to a country where Ebola is present and is exhibiting these symptoms should visit the nearest health facility immediately.

The Ministry already has existing standard operating procedures in relation to the surveillance and control of this virus from the 2014-2016 Ebola virus epidemic and assures the population that the required resources are available to the Ministry in the event that a suspected case does arise.

The Ministry of Health will keep the public updated as the matter develops and will continue to safeguard the health of the population.