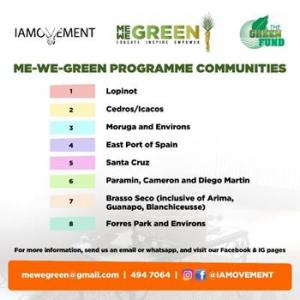 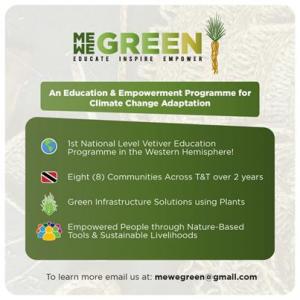 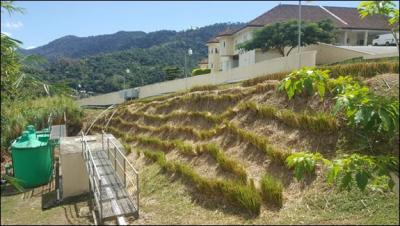 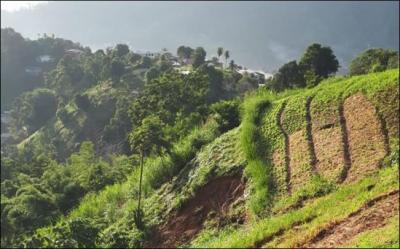 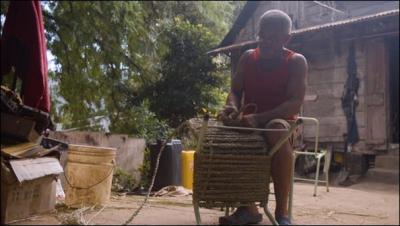 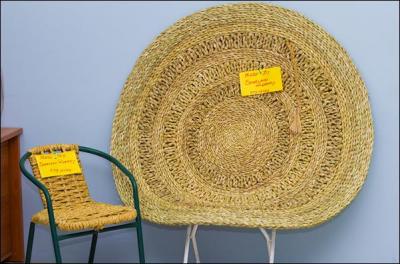 Trinidad and Tobago is one step closer to achieving climate change resilience through a partnership with the Ministry of Planning and Development via the Green Fund and IAMovement, which has now received support to take green infrastructure solutions to the national level through a project entitled “ME-WE-GREEN: An Education & Empowerment Programme for Climate Change Adaptation”.

“ME-WE-GREEN is a first of its kind initiative within the western hemisphere to support and promote the implementation of vetiver grass and the Vetiver System (VS) at the national level. As such, this programme will increase climate resilience throughout Trinidad and Tobago utilizing the Vetiver System, which refers to the best practices method of utilizing the Vetiver grass as a green infrastructure tool to address soil and water challenges,” says Jonathan Barcant, Managing Director-IAMovement and Project Manager-ME-WE-GREEN.

Planning and Development Minister Camille Robinson-Regis states that as much as having the prestige of leading this kind of climate change adaptation activity in our hemisphere is heartening, the true inspiration comes from the participation of Trinidad and Tobago’s communities and NGOs such as IAMovement in national development, especially in critical matters related to our environment such as climate change and biodiversity loss.  The Minister added that the Ministry of Planning and Development is proud to support communities, citizens and groups working towards making Trinidad and Tobago a better society.  The Green Fund is proud to support this project.

Through this project, from 2021–2022, IAMovement will take a model which it has developed and refined over the last five years called the Vetiver Education & Empowerment Project (VEEP) to eight communities across Trinidad & Tobago, working closely with many different partners and collaborators in each geographic area for its implementation.

ME WE GREEN’s goal is to promote greater overall climate resilience in T&T relating to soil and water related challenges through the use of the Vetiver System (VS) as a green infrastructure tool. The Vetiver System would be used within the project communities, geographic areas and other selected sites to:

To date the ME-WE-GREEN Programme has installed over 9,000 plants and engaged over 40 participants in the respective communities with numbers expected to grow as pandemic restrictions are eased allowing for larger workshops. IAMovement through previous projects have touched the lives of over 300 persons through the Vetiver Education and Empowerment Project model, rehabilitated 17 acres of quarry land in Sangre Grande and have placed handicraft products produced by local crafters both online and in store locations such as Junkcollage at the Oval, Mysalon TT, the Good life Company TT, Hotel Normadie, Sphare.com and at the office #3 Crystal Stream Diego Martin.

IAMovement is a non-profit organization which was founded in 2014 by a group of passionate young people who came together feeling a strong common need to effect positive environmental & social change in T&T. IAMovement has since moved forward to become one of the leading organizations in T&T focused on climate change and the environment, specifically on matters of sustainable energy (efficiency and renewables), and community climate resilience.

IAMovement’s two (2) main areas of work over the years since its inception have been focused on:

Our work in area (i) has comprised key public engagement and nationwide educational actions including the hosting of the 2014 and 2015 Port of Spain People’s Climate Marches, the production of short videos and documentary films, the REthinking Energy Video Series, and 100+ Climate Talk events to date across T&T. For these actions IAMovement has partnered with over thirty (30) organizations and entities including Embassies of France, UK, Canada, Germany, Netherlands, the European Union, the Energy Chamber, and the Government of the Republic of Trinidad & Tobago through the Ministry of Energy and Energy Industries (MEEI), and the National Gas Company (NGC).

Our work in area (ii) is focused on building climate resilience in rural communities and at the national level – specifically, on bringing green and cost-effective solutions to communities to tackle important issues such as erosion, land-slippage and flooding, which often compromise and cause loss to homes, property and infrastructure.

IAMovement was also recently recognized by the Environmental Management Authority (EMA), with receipt of a Green Leaf Award (GLA) under their 2020 edition; and VEEP/VS and climate resilience projects led by IAMovement and Vetiver TT Ecological Engineering Solutions Ltd have also been recognized internationally, receiving the 2017 Runner Up Award from Swiss Re Foundation, 2018 Regional Commonwealth Award for Excellence in Development in the Americas, and 2018 SME’s Social Impact Project Award from the Energy Chamber in Trinidad & Tobago.

Below are the project communications graphics as well as several photos which showcase the Vetiver System (VS) green infrastructure solutions and vetiver-handicraft products, which will be brought to project communities and participants involved in the ME-WE-GREEN Programme.