The Judiciary is working on criminal justice reform 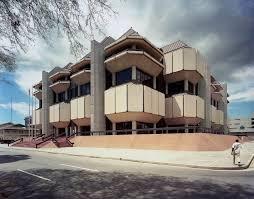 The Judiciary is re-organising each district court for improved efficiency and productivity, for better management and accountability and is seeking to improve its services.

The Children Act was passed in 2012, the Family and Children Division was established by law in 2016 and Children Courts were opened in Port of Spain, Fyzabad and Tobago in February 2018.

The Judiciary is giving effect to these Acts and to the Criminal Proceedings Rules, and is seeking to improve criminal procedure and the criminal courts. The courts are being computerised and new processes and procedures and a new administrative and management structure are being developed. Some senior administrative staff, have been recruited. The recruitment of the Magistracy Registrars and Clerks of the Court is in progress currently. They will ensure that a lawyer is available to the court office staff which is not now the case.

JUDICIARY HAS BEEN MEETING WITH STAFF AND UNION

Parallel to the above activities, meetings have been held with staff and their union representatives to provide information and to discuss the process of transformation, the changes which will be made to the Magistracy and in particular the “District Criminal and Traffic Courts” and options and opportunities for members of staff. Extensive documentation has been given to the union.

STAFFING OF THE MAGISTRACY (District Courts)
Judiciary staff is made up of public servants, contract staff, Ministry of Labour staff assigned for short periods, and On the Job Trainees (OJT’s).
Of the 452 persons employed in the Magistracy, our records show that as of December 2018:
 13 % are OJT’s (On the Job Trainees)
 12% are Ministry of Labour assigned staff on 3 month rotations
 37% are Temporary Clerks who do NOT hold appointment in the Public Service
 11% are employed on Contract.
 5% hold permanent and pensionable positions in other parts of the public service.
 22% hold permanent and pensionable positions in the Judiciary

Sixty two percent (62%) of the present staff of the Magistracy have no tenure and no element of any permanence. In fact, twenty five percent (25%) are either OJT’s (on a non-renewable contract of up to two years) or staff who are assigned for 3 months by the Ministry of Labour. This is a huge problem for both the staff and the Judiciary and the Judiciary is trying to do something about it. The 27 percent who have “Tenure” in the public service, do not fall within the purview of the Judiciary and therefore, all matters related to their tenure are treated with by the Public Service Commission.

THE JUDICIARY STAFF MUST BE TRAINED AND STEADY
The Judiciary needs trained and steady staff to perform the tasks in the District Courts and so there will be a role with far improved certainty for all staff who truly wish to be on board and wish to serve the people of Trinidad and Tobago in this way.

While the Judiciary is seeking to improve its service delivery, its management, its efficiency and performance management, contrary to what has been stated and what is being believed, it is dedicated to ensuring the best arrangements and opportunities for its staff. The new legislation provides for staff of the divisions to be employed on contracts of up to five years which are renewable. The opportunity is being presented for those who have no tenure or certainty to now be given jobs.

As has been communicated to both members of staff and the Public Services Association (PSA), the Judiciary is offering training at no cost to members of staff who are interested and willing to be trained to perform the new functions. Staff will be trained while in service.
Training and re-training of staff will facilitate new ways of doing certain things as there will be new tasks to be done. There will also be the need for some new competencies. There has been no decision to terminate staff.