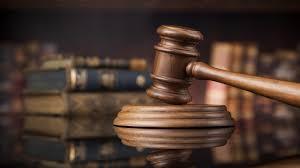 In that article, the following sentences appear: “The perception is created that judicial office is for sale or is a reward for lawyers who are willing to facilitate friends of the Chief Justice. Such a perception is dangerous as it negatively impacts upon the public’s confidence in the judiciary and deprives citizens of having the best possible appointees.

Finally the issue of the judge’s elevation to JEITT comes into question and concerns exist as to the JEI’s budget and the framework as to financial accountability. If the CJ and the Judge are the only two responsible for the finances of the JEI and there exists between them a pre-existing relationship of facilitation, then the manner in which the JEI’s funds will be utilised becomes a critical issue”.

These are statements which have been purported, in the article, to have been made by fellow Judges. While media houses are free to comment or editorialise on matters that they consider to be of interest the Judiciary, as a matter of public record, can attest that the JEITT is a body committed to continuous training and development of Judges, and non-judicial staff attached to the Judiciary. The JEITT comprises a Board of Directors which consists of a cross section of judicial officers and executive professionals who collectively decide upon all financial expenditure which governs the management and operation of the Board.

The Honourable Justice Gillian Lucky assumed as Chairman of the board of the JEITT on January 18th, 2019 and has continued to assiduously and unreservedly reinforce prudent financial management as outlined by the Board of Directors.

While understanding the levels of public interest which may surround matters such as this, and the attendant freedom of expression guaranteed in our Constitution, it is incumbent upon all to ensure that they neither subject the administration of justice to unjustifiable criticism nor accusations that call into question the ethics of Judicial Officers and undermine public trust and confidence.