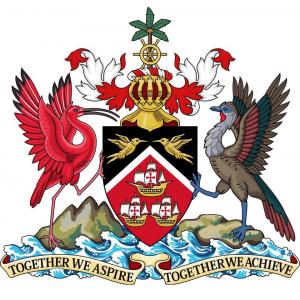 Justice Delayed, no more. In 2015, the Government met a splintered Criminal Justice System upon entering office and immediately formulated a comprehensive anti-crime plan to strategically target all the elements of the justice system. All sources of delay in the system have now been treated with resources and legislative and process reform.

Jury trials were for decades identified as a source of delay in the justice system and despite calls for its abolition, there was no real attempt to introduce judge only trials in serious criminal matters. The Government made the brazen step forward to create history in T&T by legislating for trials by judge alone despite criticism and rebuke from some members of the legal fraternity and gaudy protestations by the Opposition in the Parliament.

The Miscellaneous Provisions (Trial by Judge Alone) Act, 2019 came into force on February 1st, 2019 and since then, there have been 7 historic, completed judge alone trials to date, with others scheduled to commence.   Accused persons are electing trial by judge alone and the length of these trials are dramatically shorter, demonstrating a significant reduction in demand for judicial resources.

The types of serious criminal matters being heard by a judge without a jury range from murder, manslaughter, rape, larceny and wounding with intent. Significant benefits are derived from judge alone trials; avoidance of jury intimidation, avoidance of retrials due to hung juries, avoidance of onerous jury service obligated on working class citizens and avoidance of costs and judicial time.

The efficiency of judge alone trials is remarkable. On Friday 31st January 2020, the latest judge alone trial was completed in a record 20-minute, criminal trial in the San Fernando High Court before Justice Lisa Ramsumair-Hinds. The accused was charged with wounding with intent for an incident that occurred 18 years ago! The accused, who was found not guilty after the judge determined that he acted in self-defence, left the court in tears. Justice was finally done.

The Government continues to demonstrate its commitment to the fight against crime by implementing all measures aimed at improving the Criminal Justice System. The Attorney General and Minister of Legal Affairs continues to strategically pilot and operationalise laws in an approach that has never been seen before.