Intentional attempt to mislead the public by Trinidad Express Newspaper 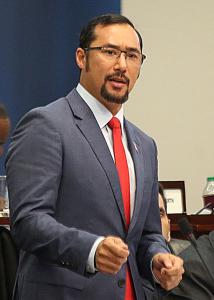 Reference is drawn to an online Trinidad Express article titled "Why is there no aerial search for missing fishermen?” with a preamble of “The Express has reached out to National Security Minister Stuart Young for answers...”. This was published by the Trinidad Express online at approximately 2:00 p.m. today.

Minister of National Security the Honourable Stuart R. Young M.P. has confirmed that as at 2:50 p.m. today, not a single Express reporter had called him asking for information with respect to the missing fishermen and in particular, the search efforts. Minister Young was on a site tour at the Whitehall today from 1:30 p.m. to 2:40 p.m. and accordingly, was not on his phone.

At 1:41 p.m., a reporter from the Express messaged Minister Young on WhatsApp and, without him even reading the message, proceeded to publish her story at 2:00 p.m. with the Trinidad Express online using the preamble above.

This timeframe of less than 20 minutes to expect a response is unreasonable in the circumstances.

Minister Young would also like the public to know that contrary to what Mr. Gary Aboud and others are suggesting in the Trinidad Express’ story, there have been a number of flight missions conducting operations in search of the missing fishermen.

The Trinidad and Tobago Air Guard has had fixed wing flight searches using its C26 airplane and both National Helicopters Services Limited and the Ministry of National Security’s Helicopters have also been deployed to search for the missing men.

Minister Young has been in contact with the Chief of Defence Staff and other Heads of Divisions requesting that resources, including sea and air, be used to find these men. The Ministry of National Security will continue to deploy its resources in this search as it has been doing.

This is not a time for deliberate misinformation.