Incorrect Attribution: Minister of Health denies knowing of any member of Cabinet attending the Valsayn wedding 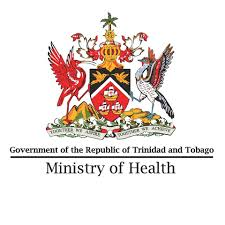 Port-of-Spain, November 27th, 2020: The Ministry of Health wishes to draw your attention to an Editorial captioned “Bigshot Wedding” published on page 12 of today’s print and electronic editions of the Trinidad and Tobago Newsday Newspaper.

The Editorial names and attributes a series of statements to the Honourable Minister of Health, Terrence Deyalsingh who has denied making any such statements. The Minister’s position is supported by a Wednesday 25th November, 2020 article in the Trinidad Express (page 3) by Ria Taitt who (was one of several reporters that) interviewed the Minister at the sod turning ceremony for the for the new Ministry of Health Head Office in Port of Spain.

The article clearly accounts the conversation that transpired between the Minister and the reporters present. The article reads as follows;

Making reference to a conversation he had with the host of the wedding the Minister is further quoted as saying, “I advised that person not to do what he did (ie, hold a large wedding). Because he came to me for advice. I know the person and I advised him not to do it.”

In light of the above, the Ministry of Health is calling on the Trinidad and Tobago Newsday Newspaper to immediately retract the statements attributed to the Minister. The Ministry remains committed to providing timely and accurate information on all issues relating to health and wellness and sincerely trusts that this error will be speedily rectified.