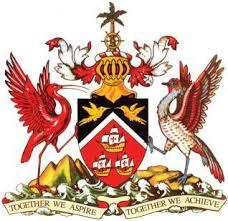 The Minister of Finance, Honourable Colm Imbert, MP, has noted two successive articles in the Express Newspaper (Sunday October 24, 2021 and Tuesday October 26, 2021) which quote inaccurate figures for the expenditure on contract employment in the Police Service.

This gives the misleading impression that in the second fiscal year of the present Government there was a huge increase of 3,400% in this expenditure item from $1.6 million in 2016 to $57.3 million in 2017.

However, although the error may have been unintentional, this is simply not correct. In reality, as can been seen from the Estimates of Recurrent Expenditure under Item 02 – Goods and Services/001 – Police Service (Trinidad)/16 – Contract Employment, the actual expenditure on contract employment in the TTPS in 2016 was $61.6 million, down from $67.2 million in 2015. In fact, the expenditure on this item showed a downward trend from 2015 to 2018, from $67.2 million to $54.1 million.

It is hoped that this factual data will put an end to erroneous speculation by media and members of the public on this matter.