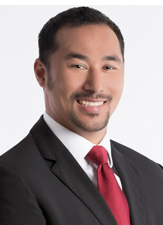 The Honorable Stuart Young was appointed Minister of National Security and Minister in the Office of the Prime Minister on August 19, 2020.

Mr. Stuart Richard Young first served as a Temporary Opposition Senator during the 4th Session of the 10th Republican Parliament. In September of 2015, he became the democratically elected Member of Parliament for Port-of-Spain North/St. Ann’s West in the 11th Parliament, and on September 11, 2015, was also appointed Minister in the Ministry of Attorney General and Legal Affairs.

Mr. Young has been a practicing attorney since 1998 and has been admitted to the bar in Trinidad and Tobago, London, the Commonwealth of Dominica and Antigua and Barbuda.

He is a member of the Honourable Society of Gray’s Inn in the United Kingdom, and is a founding member of Synergy TV and WI Sports TV stations. He also sits on a number of Boards of private companies.

A graduate of St Mary’s College, Mr. Young is a sport enthusiast who has competed in triathlons, has a black belt in shotokan karate and has played many sports at competitive levels, including, rugby and cricket.

Minister in the Office of the Prime Minister
17 March, 2016 - Present

Minister in the Ministry of the Attorney General and Legal Affairs
11 September, 2015 to 5 August, 2018