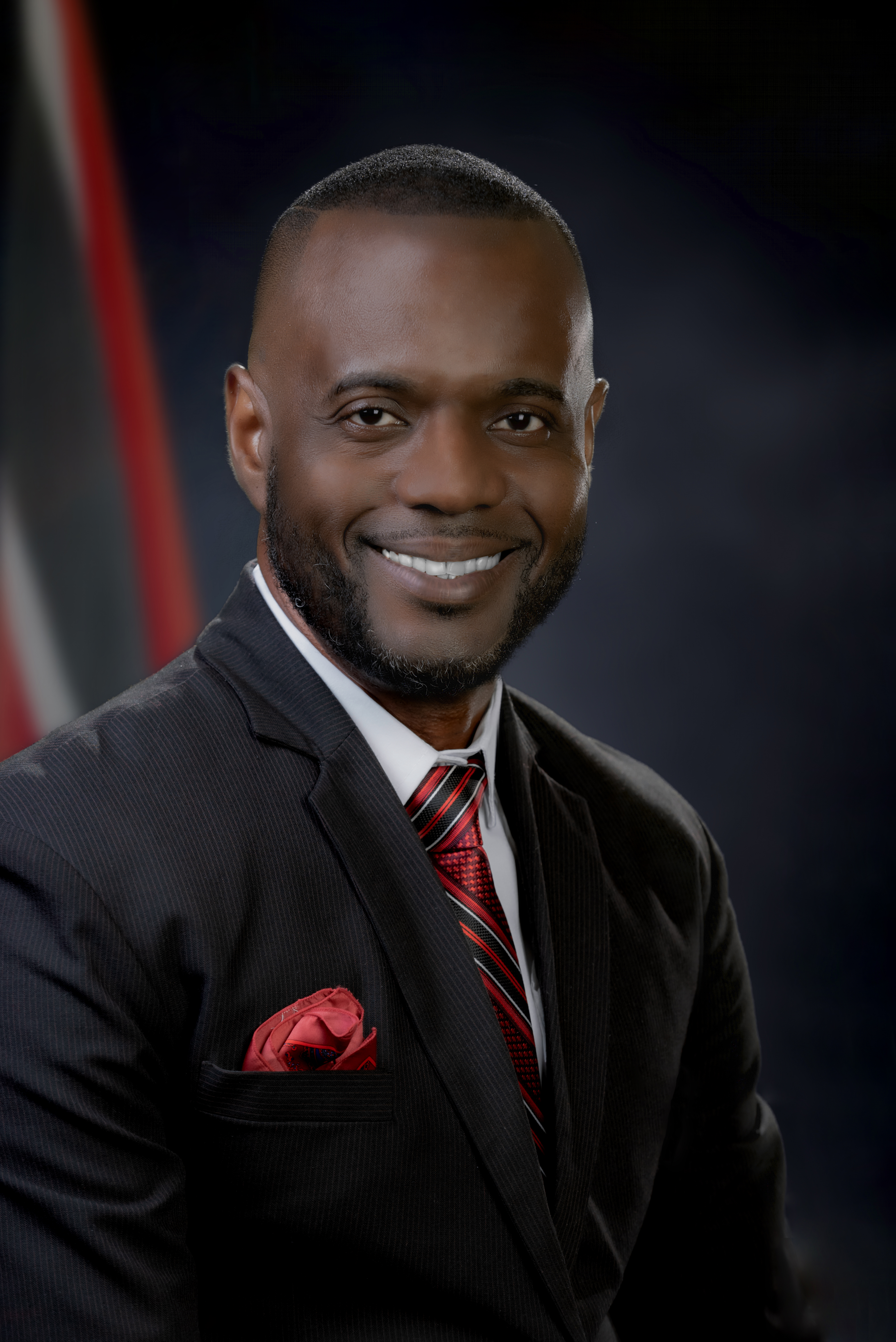 The Honorable Marvin Gonzales was appointed Minister of Public Utilities on August 19, 2020.

Minister Marvin Gonzales brings an outstanding record of public service to bear on his appointment as Minister of Public Utilities in the Government of Trinidad and Tobago. Minister Gonzales was born in Paramin, Maraval. He attended the Paramin Roman Catholic School and later Mucurapo Senior Comprehensive School.

At an early age, Minister Gonzales possessed a strong interest in the area of law and its impact on society. He joined the Trinidad and Tobago Police Service, where he graduated from the Police Academy in 1995.

As his tenure as a police officer progressed, Minister’s deep desire to affect systemic change led him to pursue his Bachelor of Laws Degree with the University of London. He entered the Hugh Wooding Law School in 2001 to pursue the Legal Education Certificate. Having successfully completed his studies there in 2003, he was admitted to practice law at the local bar, as an Attorney at Law. In 2012, he successfully completed his Master’s Degree in Law with an emphasis on Corporate/ Commercial Law at the University of the West Indies.

Minister Gonzales’ background in law enforcement would go on to serve as an essential advantage, bridging the gap between theory and practice in his first role as an attorney in the Special Anti-Crime Unit where he worked to develop new crime-fighting initiatives in response to the crime problem that affects Trinidad and Tobago. He was also instrumental in the crafting of the first DNA Legislation that came into effect in Trinidad and Tobago. Minister Gonzales also played a key role in the establishment of a Crime Scene Investigation Academy at the Cumuto Military Base.

Later on in 2009, as Director of Legal Services in the Ministry of Works and Transport, he was able to pioneer critical pieces of legislation and policies that resulted in the reduction of road fatalities in Trinidad and Tobago from 268 in 2008 to 112 in 2019 –  the lowest since 1956 – a remarkable achievement for this country.  He was also very instrumental in establishing the Demerit Points and Red Light Camera Enforcement System for Trinidad and Tobago.

After being successful in the August 10, 2020 General Elections, Marvin Gonzales became the Member of Parliament for Lopinot/Bon Air West and was appointed Minister of Public Utilities.