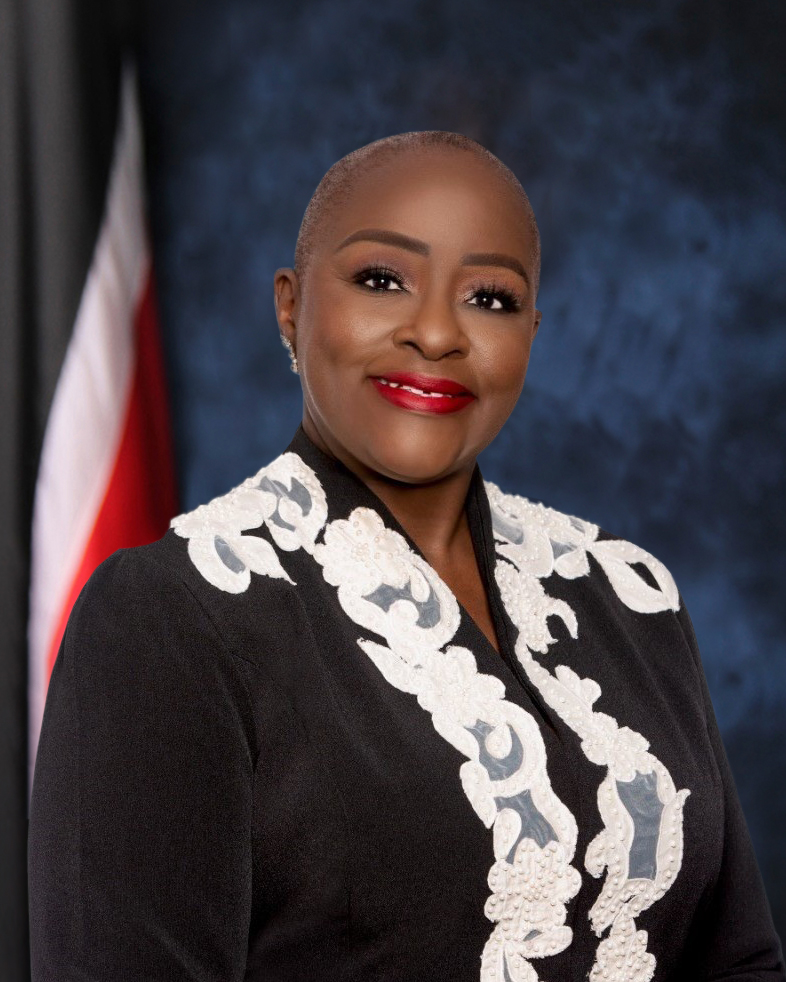 The Honorable Camille Robinson-Regis was appointed Minister of Planning and Development on August 19, 2020.

Portfolio: Minister of Planning and Development

The Honourable Camille Robinson-Regis, Minister of Planning and Development and Member of Parliament for Arouca Maloney, was appointed to the Senate in 1992. She entered the political landscape as the youngest Senator to be appointed to the Cabinet of Trinidad and Tobago.

Under her stewardship, the signature Vision 2020 Operational Plan was completed, having been developed by a multi-disciplinary team of representatives from the public and private sectors, civil society and academia. The current National Development Strategy of Trinidad and Tobago, Vision 2030, has also been completed under Minister Robinson-Regis’ leadership.

Minister Robinson-Regis has also served our country as a diplomat, having been appointed High Commissioner of the Republic of Trinidad and Tobago to Canada in 2007, a position she held until 2010. Her exceptional career path is supported by her sound educational background, beginning with her Primary School foundation at Bishop Anstey Junior School, proceeding to Bishop Anstey High School as her Secondary and later the University of the West Indies, St. Augustine and Cave Hill campuses, where she undertook a Bachelor of Laws degree and subsequently the Legal Education Certificate at the Norman Manley Law School, Jamaica. Minister Robinson-Regis was admitted to the Trinidad and Tobago Bar in 1985.